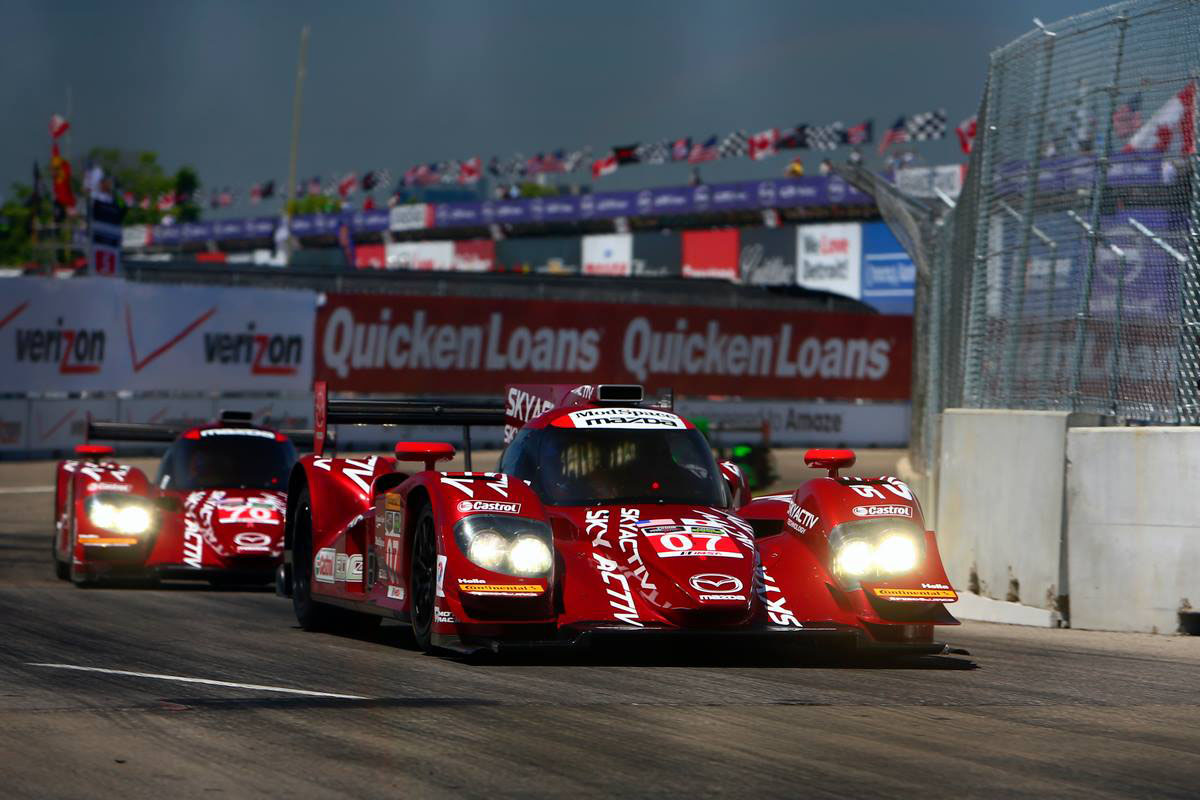 On May 31st (Sat) the TUDOR United Sports Car Championship (TUSC) was held at the Belle Isle street course (approx. 3.76km) in the suburbs of Detroit, Michigan and the two Mazda LMP2 SKYACTIV-D racing cars from SpeedSource, the official team of Mazda USA, finished the race in 8th and 9th in the prototype class. They managed to finish alongside each other in the top 10.

Throughout the 1 hour and 40 minute race, every car within the combined total of 32 GT and Prototype machines struggled with the low grip of the bumpy street course. However, both the #07 (Joel Miller/Tristen Nunez) and #70 (Sylvain Tremblay / Tom Long) were able to pass the checkered flag together without suffering even the slightest amount of mechanical issue. The team has already begun working on improvements to achieve an even better result at the Sahlen’s Six Hours of The Glen to be held at Watkins Glen, NY over the last weekend of June.

John Doonan, motorsports director of Mazda USA said, “Both cars demonstrated superb performance even with specs that increased the engine power. We’ve come to realize that if we can further improve the cooling systems we’ll be able to increase the output even more. We’ve got Jeff Braun, long-time experienced sports car engineer, and the SpeedSource team are doing a fantastic job as always which really contributes to the Mazda brand’s image. This is because there’s always a massive crowd watching their every move. I’m really looking forward to the 6 hour race at Watkins Glen.”