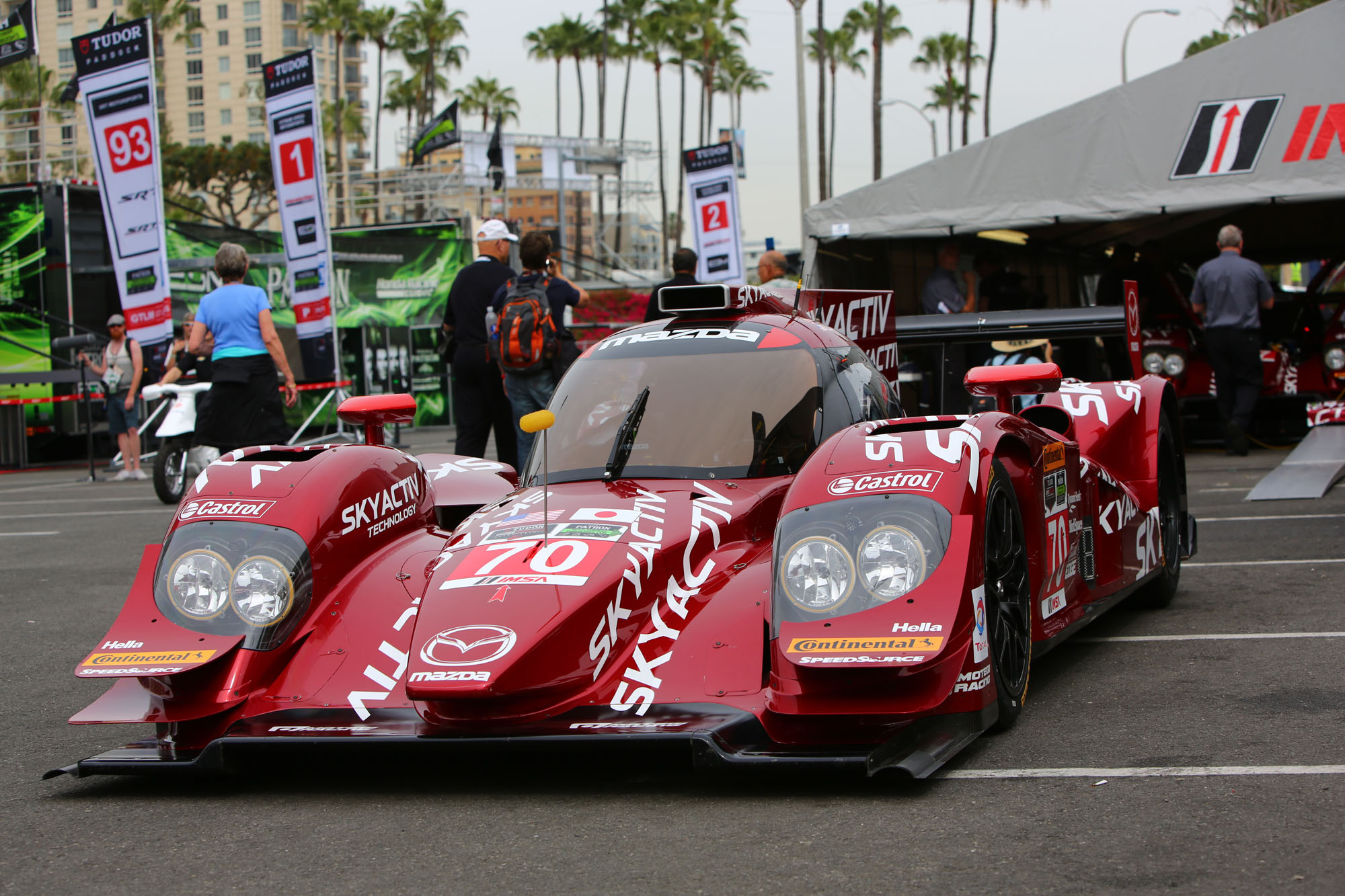 The third round of the Tudor United Sports Car Championship (TUSC) will be held at the Long Beach special street circuit, close to Los Angeles California, over two days between April 11th (Fri) and 12th (Sat). For their first time participating in short distance racing, SpeedSource, the official team of Mazda USA, has brought in the sprint race spec Mazda LMP2 SKYACTIV-D Racing.

When we think of Long Beach, we normally think of the 1.968 mile (about 2.167km) special course of sealed off Long Beach City public roads located along the Pacific Ocean which is often referred to as the “Monaco of the West Coast.” It is well known for hosting America’s F1 West Coast Grand Prix between 1976 and 1983. Since then it has been used as an IndyCar track while concurrently hosting the American Le Mans Series. Due to its layout with very few narrow overtaking points, vehicles which make contact with the wall at the same time have a serious possibility of writing off their cars entirely.

This season the sprint spec Mazda LMP2 SKYACTIV-D Racings prepared by SpeedSource, with particular focus on the engine output of the #70 car, have been modified to sprint specifications for the 100 minute race format. Until now, the long distance nature of races have resulted in a style of racing aimed at ensuring that the race car won’t fail. However, this new short distant race has called for an aggressive new set up. The driver of the #07 machine Joel Miller, said, “Although I was away on my honeymoon, I heard nothing but good things about the tests performed last week. I’m looking forward to seeing what this new powered up #70 can achieve at this special sprint race at Long Beach.”

Qualifying will take place on Friday night and the final race will begin at 2:30pm on Saturday the 12th.