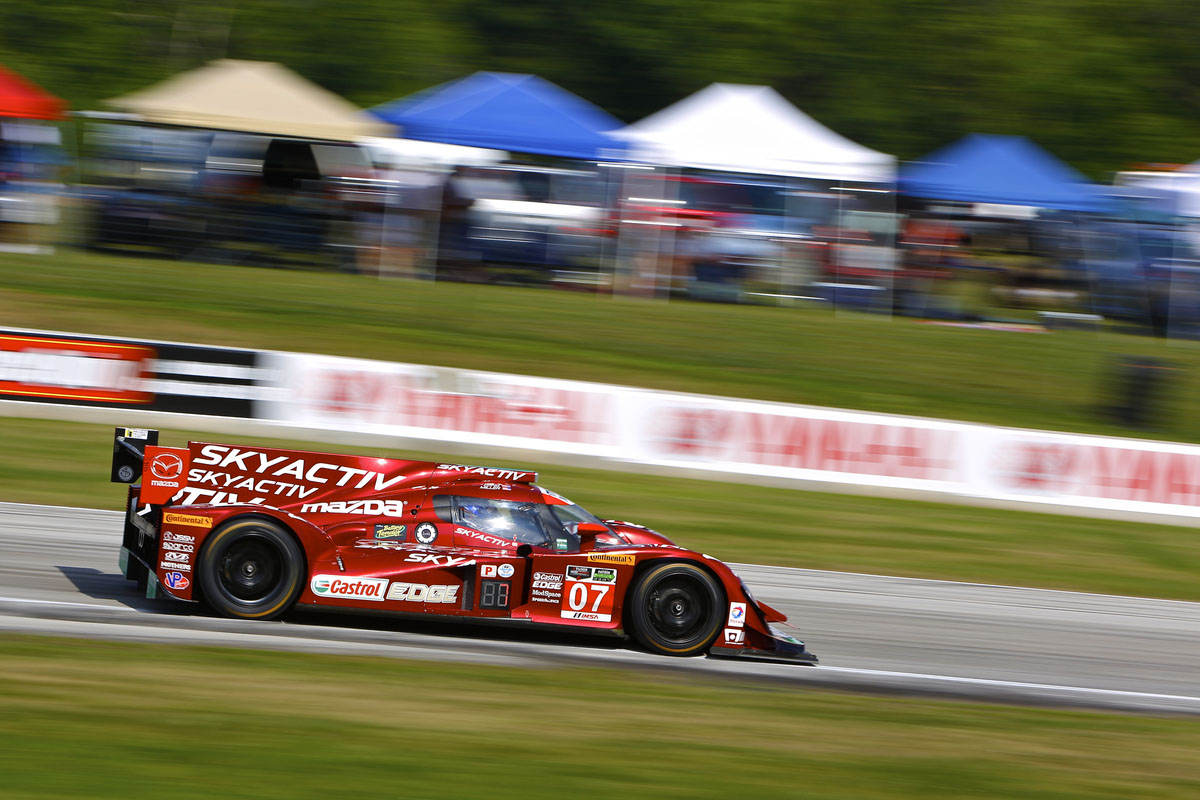 IRVINE, Calif. (August 9, 2015) – Teammates Dane Cameron and Eric Curran drove their Corvette to victory today in the Continental Tire Road Race Challenge at Road America. The Mazda Prototype SKYACTIV-Diesel car continued a string of strong finishes by coming home seventh in the Prototype category, and 11th-place overall. The team now focuses upon the final two races of the TUDOR United SportsCar Series season at the Circuit of the Americas (COTA) in Austin, Texas and the season-ending Petit Le Mans at Road Atlanta.

Tom Long started the race from the 13th spot, then moved as high as sixth-place before handing the car over to co-driver Joel Miller, who completed the two-hour, 40 minute race.

Tom Long, Driver, No. 07 Mazda Prototype
About his opening stint of the race: ““Road America is such a special place. It’s one of the few tracks in the US that are iconic and historic places. The circuit is incredible, and some of my favorite corners in are here. It’s a lot of fun to be ripping through the Carousel and into the kink (Turns 9 through 11) flat-out! In the beginning of the race, it was a little difficult and tricky with all the traffic before finally getting through some of those cars. In the second half of my time in the car, I had a lot of clear track, so it was like a lapping day in a nice Mazda P2 car. Even though you’re racing on your own, you really have to focus and stay tuned-in to what you’re doing. If your concentration lapses at all, it might get a little exciting.

About the team’s improving pit stops, strategy and chassis set-up: “As a driver, it’s just confidence. It gives you confidence knowing the team is behind you. It’s been a lot of fun in the SKYACTIV-Diesel lately. We’ve been really able to work on the finite details within our pit stops, and our set-up. I think the proof is in the results – we’ve been able to string together really nice finishes. Consistency is starting to become part of our game, and it’s something we’ve really strived to get.”

Joel Miller, Driver, No. 07 Mazda Prototype:
“Road America is my favorite, so it’s such a joy. There were laps where there were no cars around and it was just pure joy – great fun in our Mazda Prototype. The guys gave me a really good car to start my stint, so we had good pace, and then with our fuel economy we were able to race to the end without changing tires, so it was really good. As a driver, knowing we’ve got great guys on the [pit] box that can develop an excellent strategy, is just such a reassurance. They gave us a great car, and knowing they will make the right calls – that confidence is really high. [Team engineer and strategist] Zach LaGrone is really awesome and they’re all top-notch.