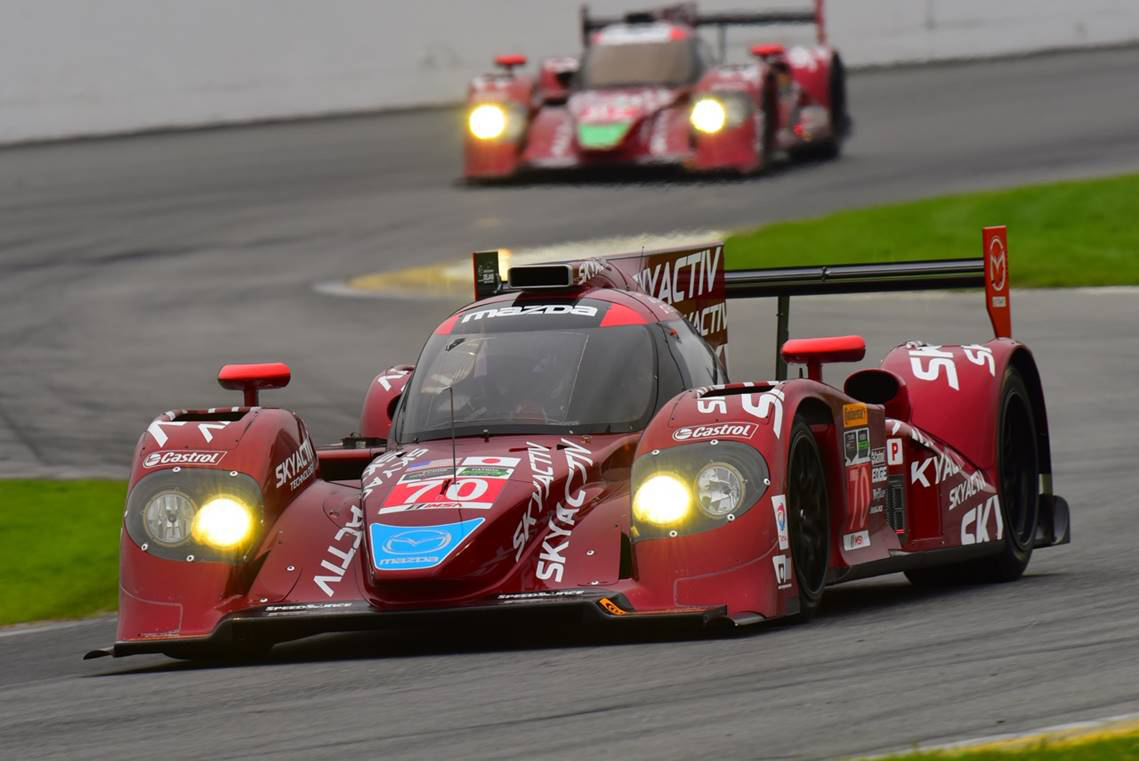 At the official test days for this year’s TUDOR United Sports Car Championship (TUSC), the “Roar Before the Rolex 24,” held at Florida’s Daytona International Speedway over January 9th (Fri) to the 11th (Sun), SpeedSource, the official team of Mazda USA, ran its “Mazda LMP2 SKYACTIV-D Racings” and have reported on their success in achieving a pristine set up.

This year marks the second season for the two Mazda prototypes. Last year, the debut season for the vehicles, the team found themselves struggling with various aspects such as a lack of power and difficulties in handling exhaust heat, which made it difficult to bring out the innate performance of these machines. To deal with this, the team spent the last three months from October making improvements to the cars’ various components and returned to Daytona with completely updated racecars. Through changes such as improving the cylinder heads, the 2.2 liter SKYACTIV-D diesel turbo engines now achieve a 50hp increase over last year. Main components such as the block still utilize the same mass production road car parts that have been used up until now. In addition, they have made a great deal of progress in addressing the problems they have faced with cooling the engine bay.

After completing the three test days, team representative Sylvain Tremblay remarked, “It was a great last session. Just really pleased with all of the changes and all of the hard work that the guys put into the car up to that point. I had a job to basically get more envelope for the car through some really fantastic changes that the guys came up with with the engineers and all of the chassis sim work that they do. We were able to find something that was big. Very comfortable car, lots of envelope, comfortable enough that if they had the race this evening, I’d be ready to start with it. Great piece, super happy!”

The team make up for the test consisted of Tremblay, Tristan Nunez, and the recently returned Jonathan Bomarito taking the wheel of the #70, while Joel Miller, Tom Long and Ben Devlin took the helm of the #07. Although there was still about a 3 second difference in lap times to the top group of Daytona prototypes, the machines could more than hold their own against the second group of competition. If the team manages to polish out some of the minor rough edges and reduce this time difference, it is certain that achieving their goal of their first podium finish will not be far behind.

MZRacing will be making an expedition to the 24 Hours of Daytona, which begins on January 22nd, where we will acquire detailed information about the vehicles and deliver to you a comprehensive race report. Please keep a look out for it!