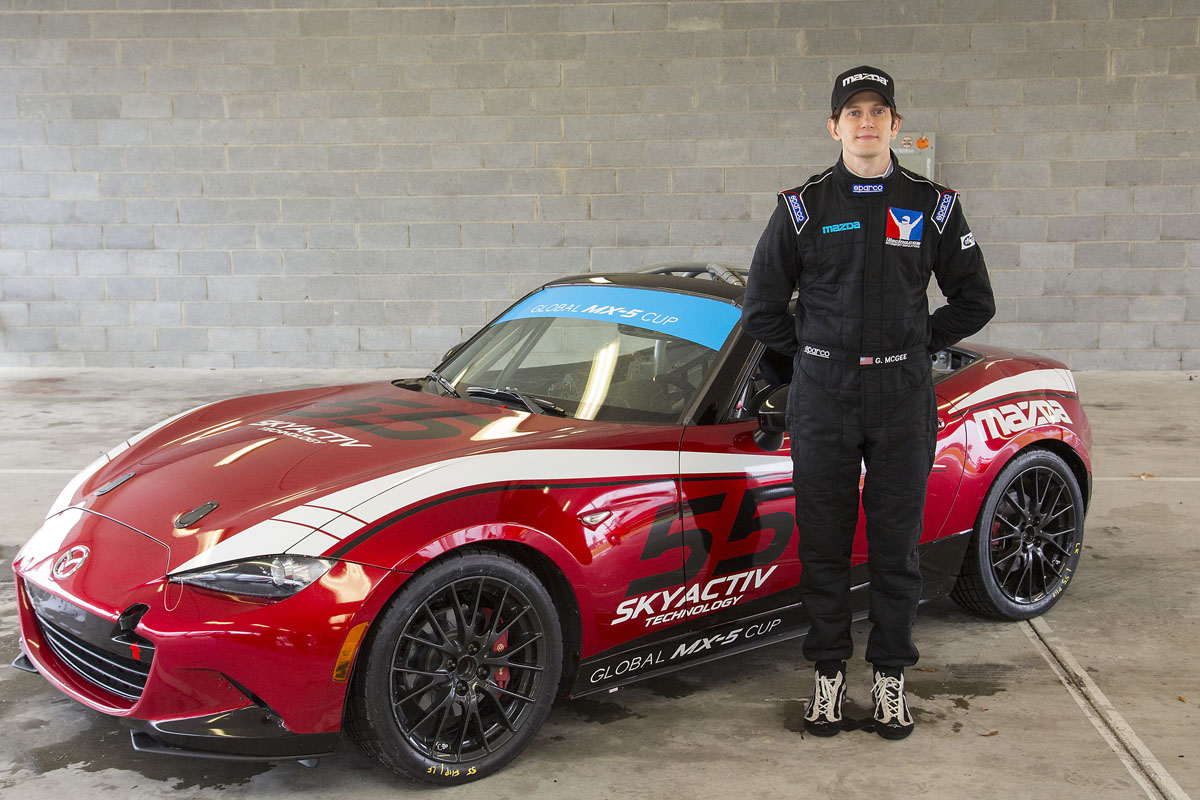 Glenn McGee has take victory at the 2015 Mazda Road to 24 Shootout. With this, the iRacer from Florida will receive a $100,000 scholarship for the 2016 Battery Tender Mazda MX-5 Cup. This is the largest scholarship to be granted in US grass roots motorsports. Celebrating its 10th year since it was launched in 2006, the Mazda Road to 24 Shootout acts as a screening event for selecting the best clubman drivers. Each year one grassroots racer is chosen and given the opportunity to take the first step towards pro racing.

Glenn is the first ever winner to have been selected having cut his teeth through online racing simulator, iRacing. In recent years the performance of competitors coming out of iRacing has been impressive but this is the first time an iRacer has been granted the scholarship. Glenn, an iRacing sim champion, had also received instruction from 2015 MX-5 Cup champion, John Dean II in an NC Cup Car.

After his win, a clearly ecstatic Glenn commented, “I don’t believe it! Just competing in the 2015 Mazda Road to 24 Shootout and driving the new Global MX-5 Cup car felt like a dream the whole time, but to come out with the overall victory is surreal and is really over-whelming. To transition so well from the iRacing.com