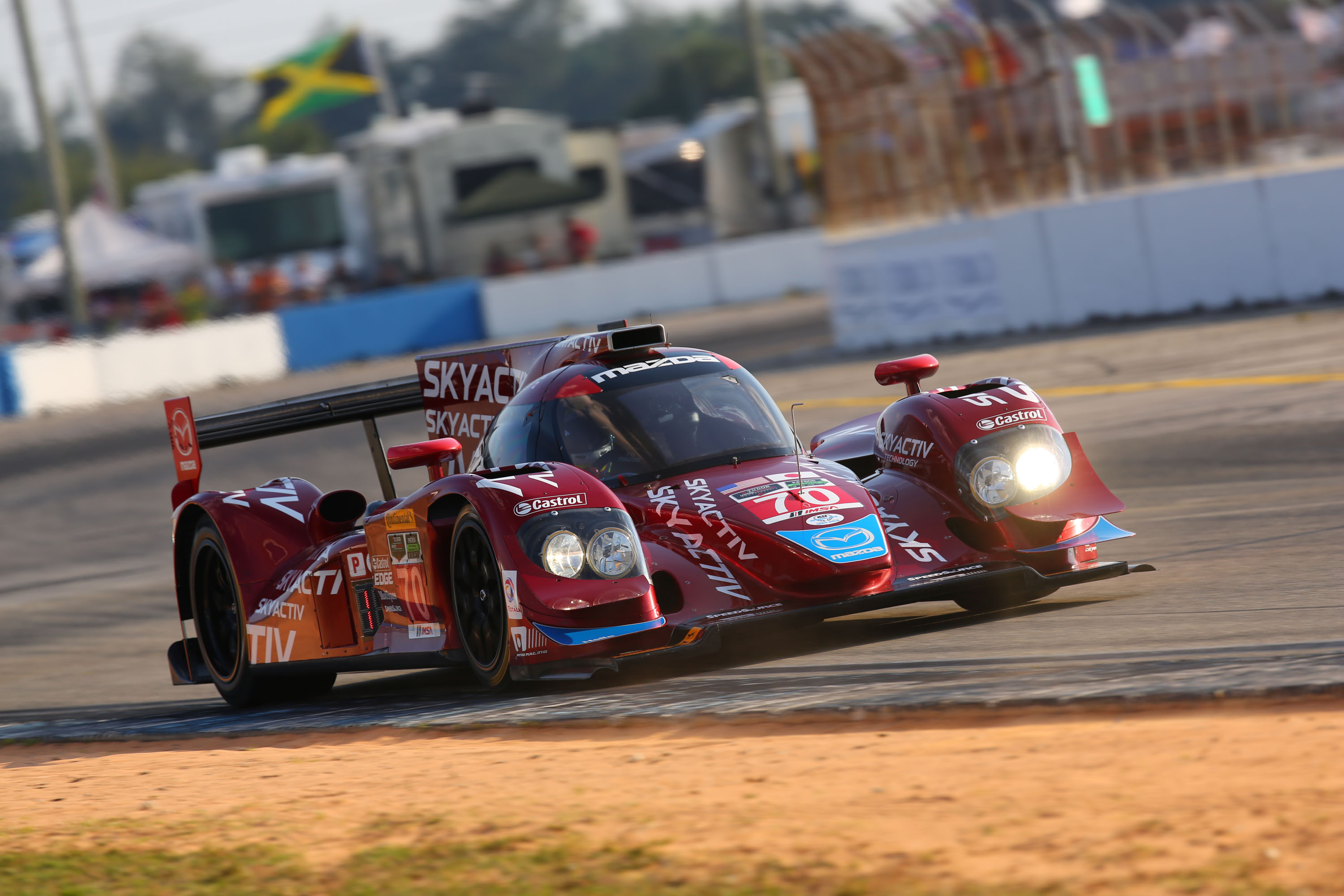 The third free practice and qualifying session for the 12 Hours of Sebring has been held and the #70 Mazda prototype (Jonathan Bomarito, Tristan Nunez, Sylvain Tremblay) completed QF with a best lap 4.4 seconds faster than last year.

This year’s TUSC Sebring is being held under hot, summer like conditions. Despite only being mid-March, the maximum temperature during the day is reaching 32°C. Not only that, with very little wind blowing, one finds themself dripping with sweat just from standing track side. However, due to this region being scattered with large and small lakes, an early morning mist hangs over the raceway’s outskirts, which gives the area an almost mystical atmosphere. That being said, mist is an archenemy to car racing as it makes it impossible to ensure visibility. For this reason, Saturday’s 12-hour race has been set to start at 10:00am to avoid the mist.

The day’s free practice began from 9:50am. The road surface was dry. The two Mazda prototypes went out onto the course in their usual fine form. However, soon after the session started, the #07 cut short its run and returned to the garage. When asked about the situation, design engineer, Zach, said, “The engine’s warning lights lit up, so to be safe we have made the decision to replace the engine. As the most important thing is to run for the entire 12 hours of the race, rather than search out the cause of the alarm it would be safer for the time being just to replace it with a fresh engine.” However, due to this work they were forced to skip the qualifying session that began from 5:35pm. The team will head into the final race after performing a check run in the warm up sessions to be held from 8:00am on race day (Sat). On the other hand, the #70, with its suspension and aerodynamics pretty well set, also finished up its practice run fairly quickly.

With the #07 unable to run in qualification, their hopes were also riding with the #70, which the team assigned their youngest driver, 19-year old Nunez to go out for in the time attack. Nunez, who just graduated from high school last spring, is highly trusted due to his outstanding pace and consistency. After honing his concentration in the car’s cockpit leading up to the 15-minute qualifying session, he went out onto the course with completely focused determination. Although qualifying 11th within the 11 prototype cars, he achieved a best time that was a blistering 4.4 seconds faster than the previous year. After confirming the suitability of the machine’s settings, now all that is left is to carry out their strategy as planned in the final 12-hour race. A very positive mood could be sensed from the entire team.