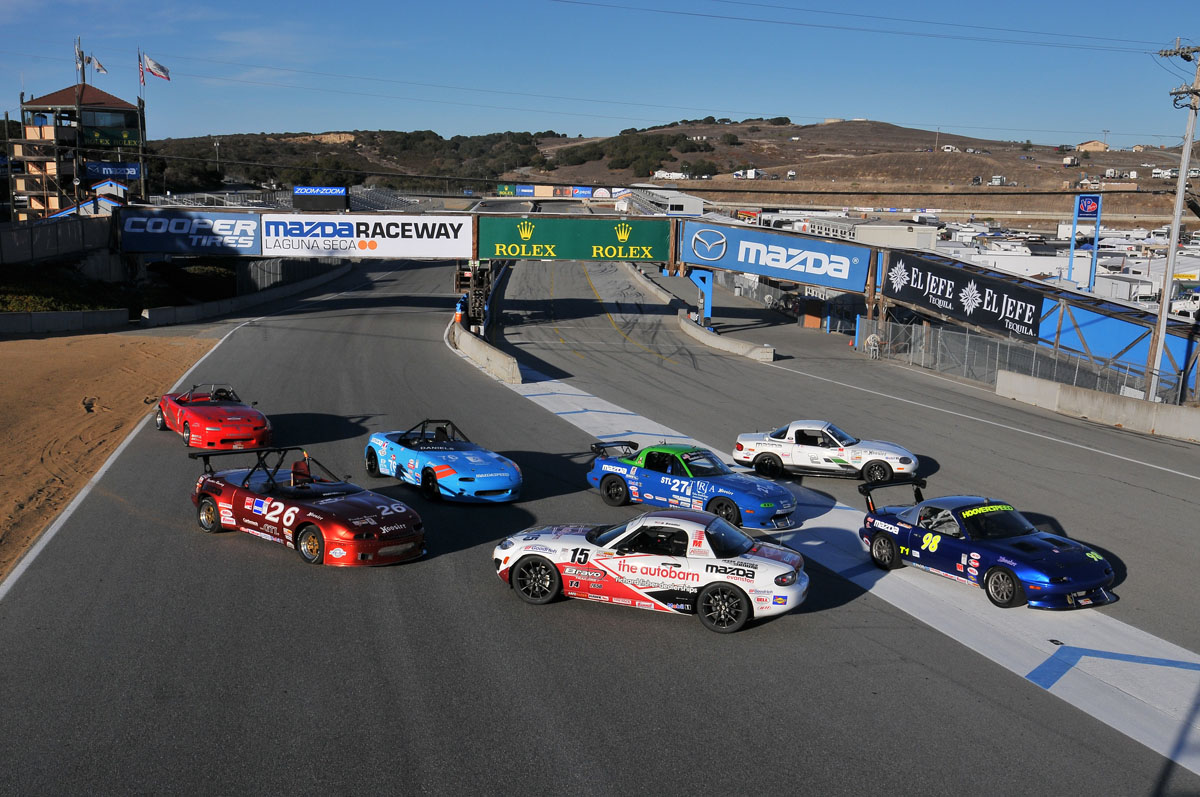 America’s largest club racer event, the “51st annual SCCA National Championship Runoffs,” was held in the second week of October at California’s Mazda Laguna Seca Raceway where 132 of the 531 participating vehicles were Mazdas or machines equipped with Mazda engines.

The “SCCA Runoffs” is an event in which the top racers from every state in the country, who have taken the titles in their respective regional championships, gather once a year to compete and decide who is the best of the best. This is the first time in its 51-year history that the event was held on the West Coast. Since 1977, Mazda has taken home 81 championship cups from the SCCA Runoffs and this year all eyes were focused on how many more they could add to this tally. Mazda vehicles accounted for 25% of all machines competing in this year’s event, making it by far the maker with the largest showing.

Mazda USA motorsports director, John Doonan commented, “Club Racing is what has grown Mazda Motorsports for over two decades. Key to that growth has been the MX-5 Miata and partnerships with the SCCA and Mazda Raceway. To bring them all together on the 25th anniversary of the Miata makes this a very special week for us.”

Over about 1 week, competitors from each championship went head-to-head in 24 races, for 27 classes, to decide who this year’s true champion was. All up, Mazda users recorded 5 championship victories and 20 podium finishes. Mazda USA paid out prizes of $55,000 (approx. ¥5.9 million) for any Mazda club racer who achieved superior results, while at the same time, any Mazda owner who won here at the SCCA Runoffs became eligible to take part in the Mazda Club Racer Shootout which has a prize of $75,000 (approx. ¥8 million)