Mazda 6 and Mazda 3 Complete CCTC Round 6 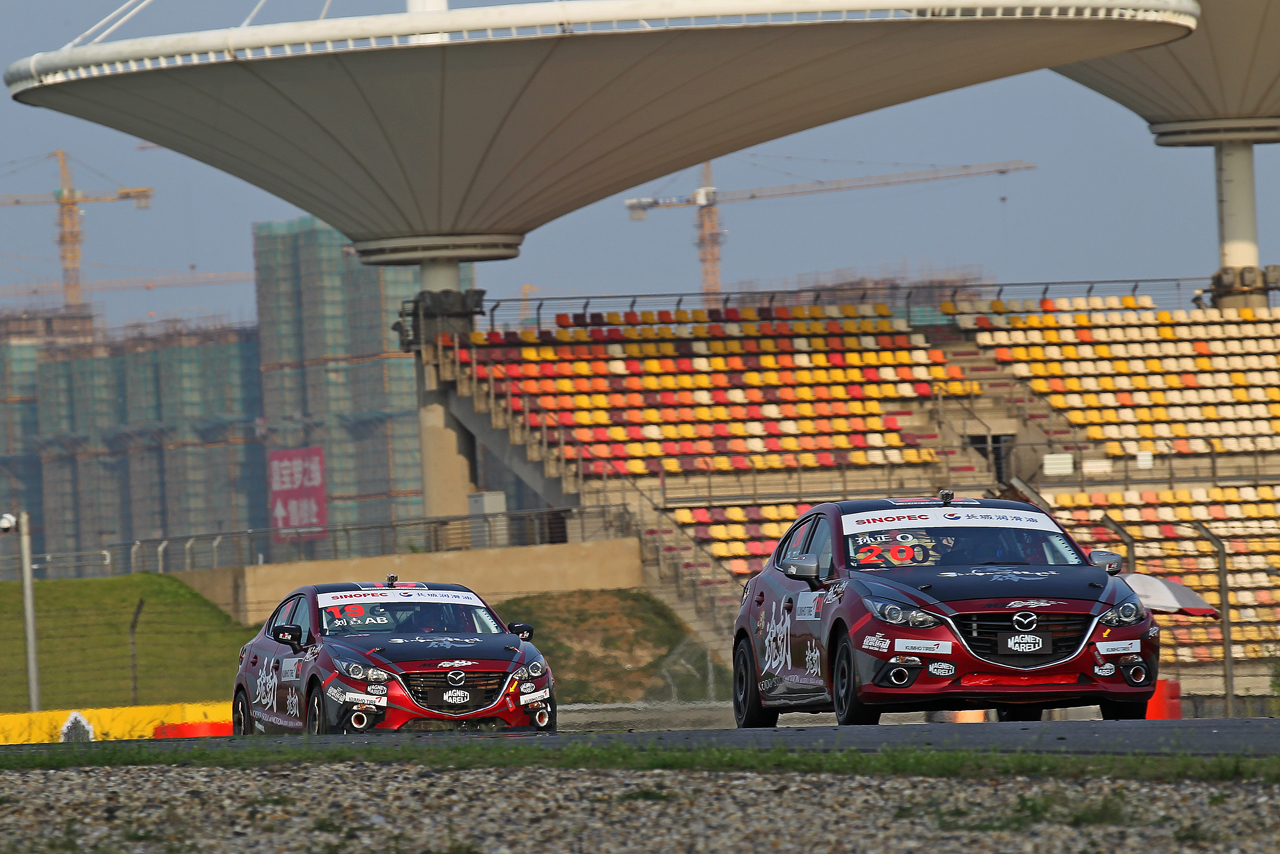 Round 6 of the China Touring Car Championship (CTCC) was held over September 26th (Sat) to 27th (Sun) where the Mazda 6 and Mazda 3s entered by the Mazda China Supported Beijing Luisu Racing Team all successfully completed the race.

The Mazda 6, which competed in the Super Cup, was recently mounted with a 330hp engine and tests carried out at its home turf, the Beijin Luisu circuit. Thus it would be going into the race with all bases covered. In qualifying it would not be outdone by the 2-liter turbo Volkswagen, marking a 2-minute, 01 second time to secure 5th out of 12 competitors.

The Mazda 3s also headed into qualifying having received upgrades. Both cars’ drivers would re-write their personal best times but struggled with the relatively low number of corners at the Shanghai F1 circuit. Weighted down by a significantly heavy handicap, the #20 and #29 qualified 20th and 29th respectively within the pack of 30 machines.

The Mazda 6 took full advantage of its innate cornering speed and engaged in an intense battle with the Polo running in 4th. However, in the middle stages at lap 6, it found itself cut off by a back-marker and hit its nose. From then on its driver carried out a tenacious drive, protected its 5th place position and passed the checkered flag. This re-wrote their record of completed races within the CTCC Super Cup.

The Production Class, in which the Mazda 3s were competing, was split into 2 heats. After heat 1 has been completed, the order from 1st to 12th was reversed and heat 2 began. Despite beginning from 20th in heat 1, the #20 managed to climb up to 15th. It followed this up by passing 6 rivals in heat 2 to finish 9th. The #21 finished heat 1 in 23rd and then lifted itself up to 19th in heat 2. Furthermore, the private entry #19 Mazda 3 finished 23rd in heat 1 and 15th in heat 2.

This week saw all teams carry out solid runs, without even a smidgen of technical troubles, and all completed the race. Let’s hope they can achieve a podium in the next round!

Round 7 will be held over October 24th (Sat) to 25th (Sun) and will see the series travel northwest to Yancheng Circuit, Jiangsu Province.