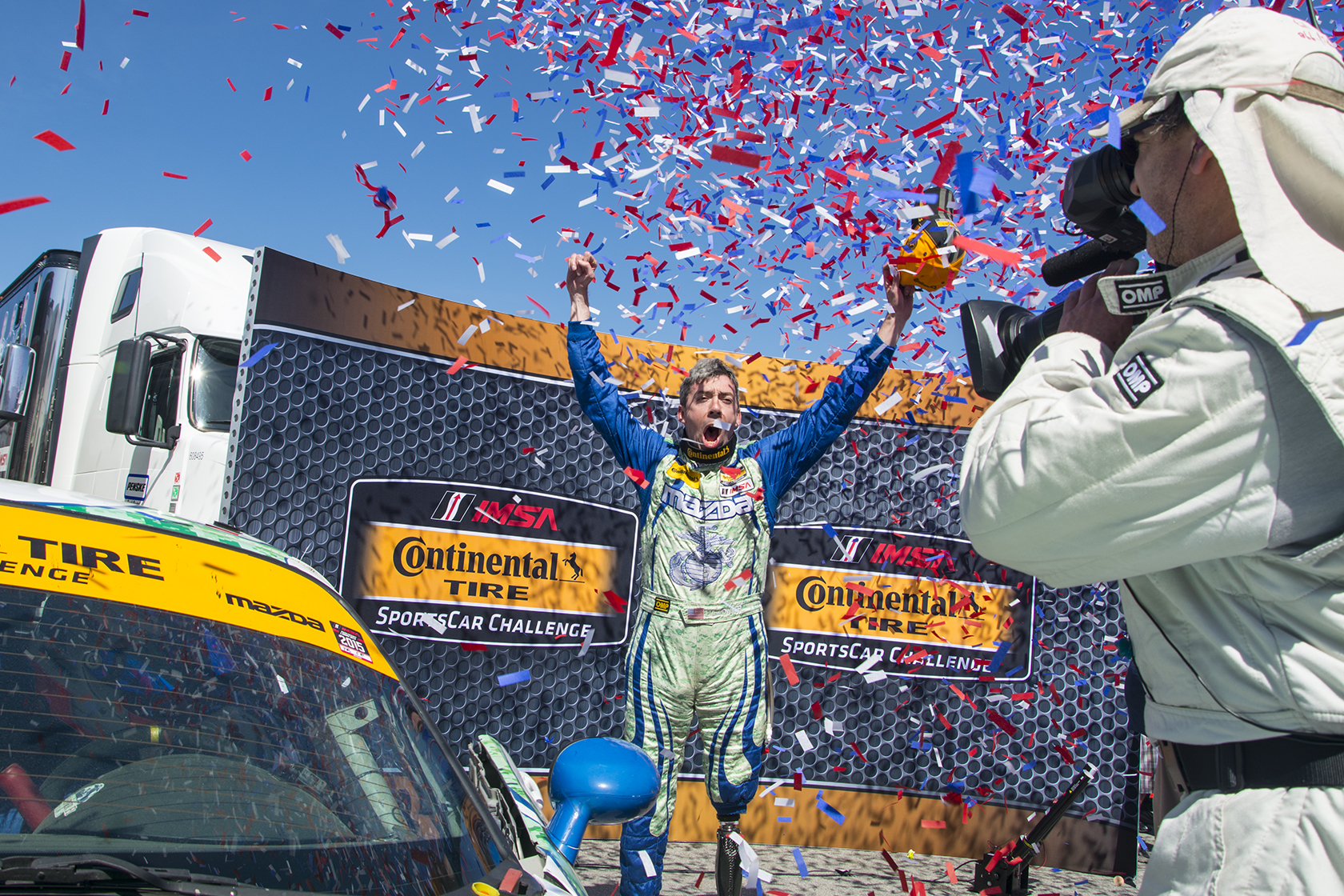 Dwyer, who lost his lower left leg and suffered many other severe injuries when he stepped on an IED in Afghanistan in 2011, had a special guest at the track this weekend. Sgt. Aaron Denning was the man who saved Dwyer’s life and earned the Bronze Star medal of valor for his efforts. He was seeing Dwyer race for the first time. Denning threw the green flag to start the race, and will be the Grand Marshal for tomorrow’s TUDOR United SportsCar Series race at Mazda Raceway.