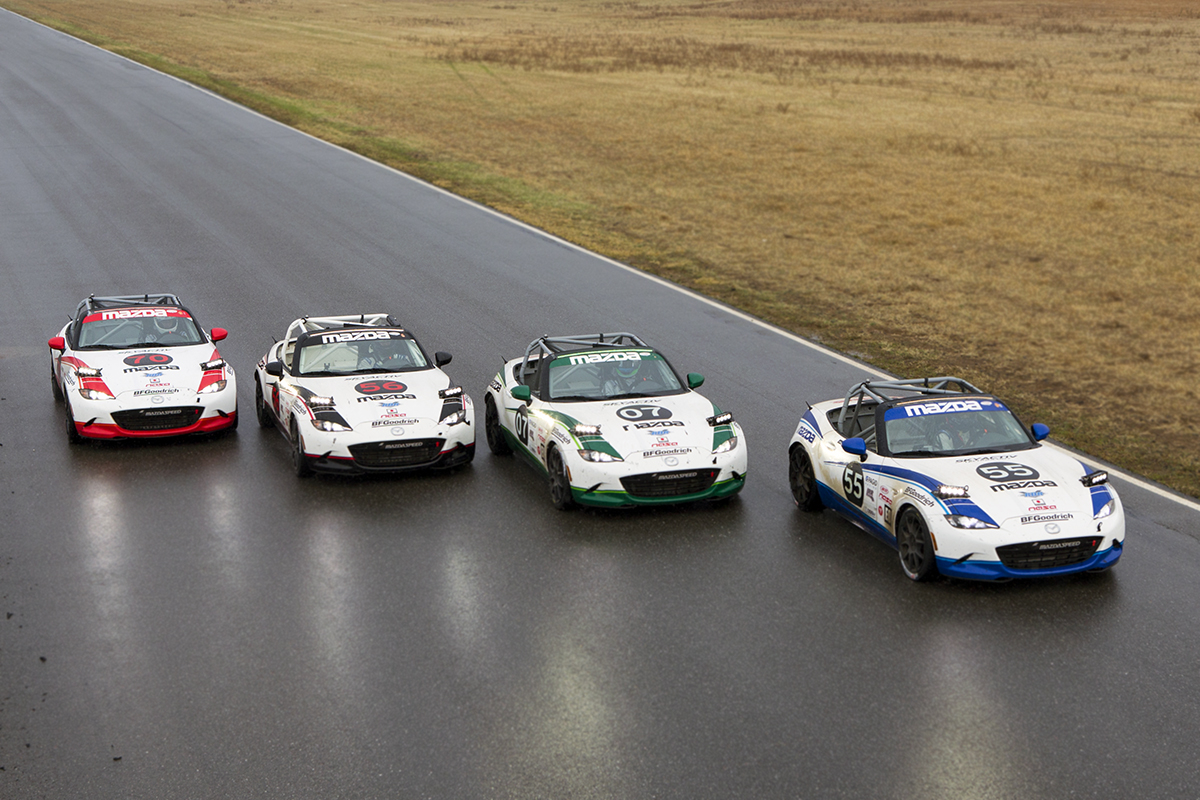 After completing the race held over December 5th (Sat) to 6th (Sun) at Thunder Hill Raceway Park, Mazda Motorsports director, John Doonan stated, “While not as well-known as the Rolex 24 at Daytona, the NASA 25 Hours at Thunderhill is just as tough on equipment. With over 70 orders for the new car, we wanted a way to further showcase the quality, durability, and reliability of the racecar in true Mazda fashion. Our drivers were Mazda employees and dealers. Our pit crew was made up 100% by volunteers, mainly Mazda employees taking vacation time to do this. “Driving Matters” isn’t just a slogan; it’s a way of life for Mazda. Thanks to everyone at Robert Davis Racing, Long Road Racing, Mothers, BFGoodrich Tires, and everyone else who helped make this a success. Having Mazda class winners in both E2 and E3 made for an especially great weekend.”

The four Mazda entries competed in the E0 class and their numbers were #07, #55, #56 and #70. The reason for entering into this class was to ensure that they didn’t disrupt Mazda machines competing in other classes, though this meant that they were going up against vehicles such as the Nissan 350 / 370Z and BMW M3s. The Mazda machines were almost entirely unmodified Global MX-5 Cup spec cars. Although teams would normally optimize the vehicle to the greatest possible degree within NASA’s regulations in order to take class victory, the top priority for Mazda in this event was testing the cars within a competition environment and this is why they decided to race with the cars as is. With rain falling during the 25-hour race, they were able to test the four cars within a large range of potential conditions and climates and walked away with some indispensable data. After driving under rainy conditions, the drivers said that the cars were “fun” and “magic on the BFG rain tires.” Not only this, it seems that during the heaviest rainfall of the race, the Mazda MX-5 Global Cup Car was ticking off laps that were exceeding the top times of the fastest class.

As previously stated by Robert Davis, Long Road Racing began production of the 2016 Mazda MX-5 Global Cup Car in November and have already received orders for 70 units. Mazda has continuously garnered attention as a manufacturer of durable machines since it first began competing with the rotary engine. This reliability, which was most recently demonstrated in this race, is what attracts so many grassroots racers and is almost certainly the reason there have already been so many orders for the new car.