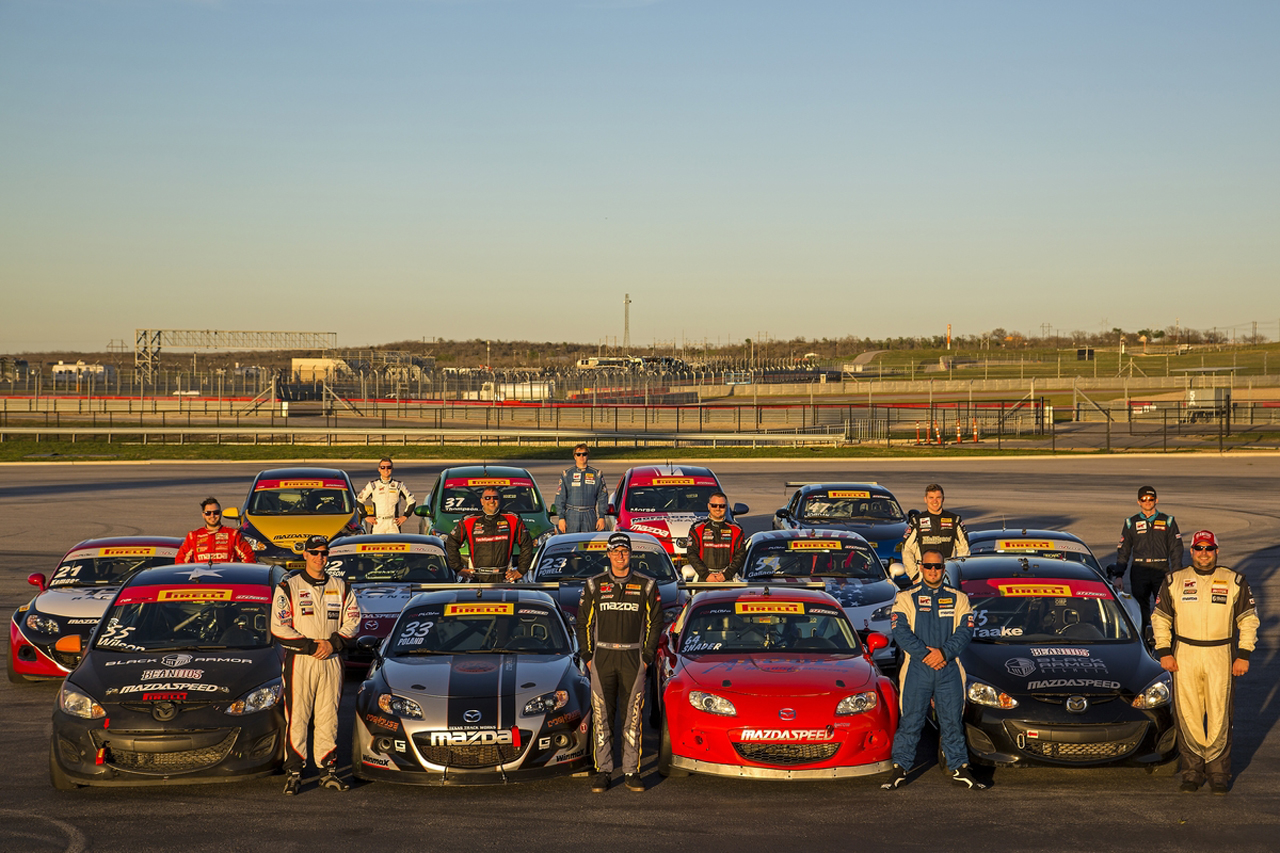 The opening round of the 2016 Pirelli World Challenge was held on March 6th (Sun) at Circuit of the Americas (COTA), Austin, Texas. At this double header race event, drivers behind the wheels of Mazda machines won 3 class victories and 8 podium finishes. Not only that they also recorded 3 pole positions.

John Doonan, director of motorsports, Mazda North American Operations said, “Congratulations to Elivan Goulart, Ted Hough, and Will Rodgers for great wins at COTA. Thanks to a great effort by all of our customer teams in the Pirelli World Challenge, the season is off to a great start. I’m sure the battle will be fierce all season long until the finale at Mazda Raceway in October”

The most successful Mazda drivers are outlined below.

Touring Car A (TCA)
Elivan Goulart from Shelton, Connecticut drove his S.A.C. Racing Mazda MX-5 to victory in the opening round and took 2nd place in the second.

Eric Powell from Orlando, Florida took 3rd in the first race and started from pole position in the second to record the fastest lap in his Tech Sport Racing Mazda MX-5.

Will Rodgers from Murrieta, California compelled his Hale Motorsports Mazda2 to victory in round 2. He actually passed the checkered flag in 1st in the first race but was disqualified on a minor technical infraction.

Henry Morse from Redondo Beach, California took 3rd place finishes in both the first and second race behind the wheel of his Hale Motorsports Mazda2.

These were the first pro races for Rodgers and Morse. Rodgers has moved up from the Spec Miata Teen Mazda Challenge and 15-year old Morse has come straight from karting.

Several of the COTA Mazda race cars could be seen sporting artwork from the Austin Humane Society (AHS). The AHS sold over 5000 raffle tickets during the race, the first prize of which is a 2016 Mazda MX-5 thanks to Roger Beasley Mazda.
AHS http://www.austinhumanesociety.org/