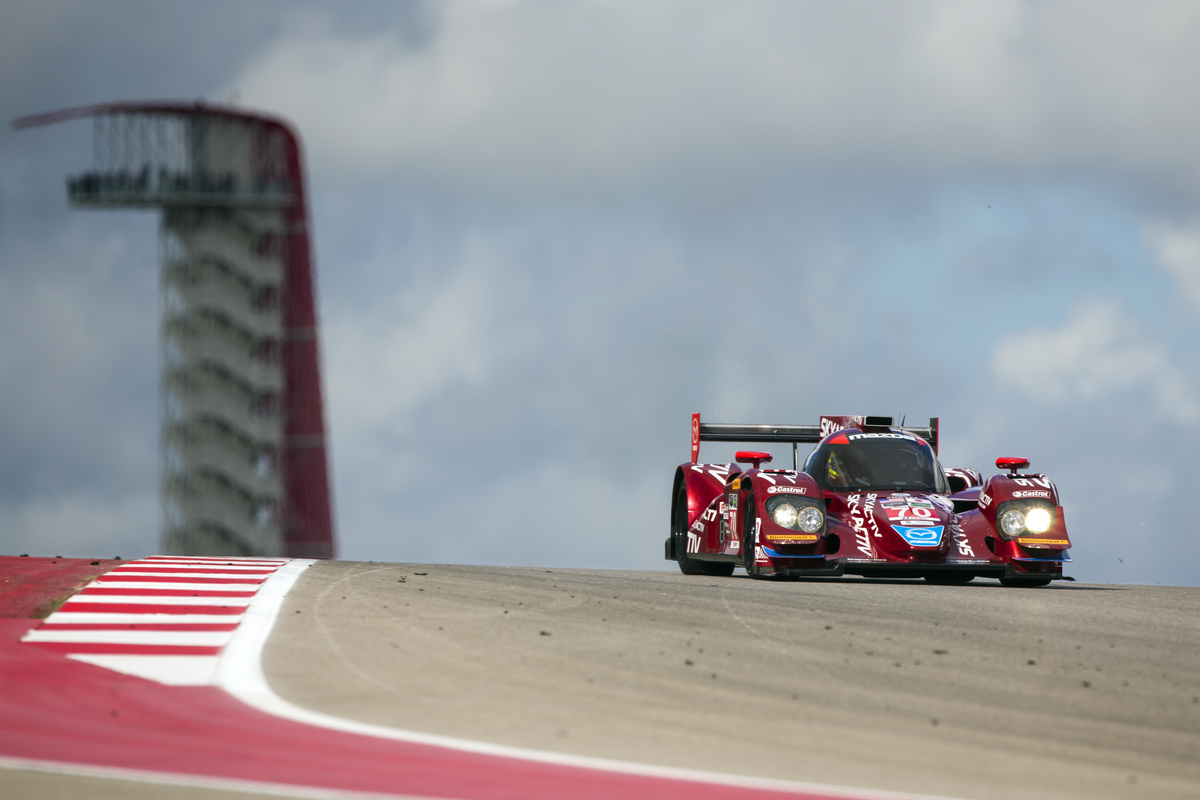 The two Mazda LMP2 SKYACTIV-D Racing’s were both forced to retire from the TUDOR Sportscar Championship (TUSC) held at Circuit of the Americas (COTA), TX from September 17th (Thur) to 19th (Sun).

Starting the race from an overall 10th on the grid, the Mazda Prototype #70 was making its first appearance in 4 races due to the need to carry out various adjustments. Tristan Nunez took the wheel for the start and immediately jumped up to 7th place. With the outside temperature reaching 35-36°C, he completed his 90-minute stint and handed the reins over to teammate, Jonathan Bomarito. Bomarito was running at overall 8th and looked set to pass the checkered flag when, with 10 minutes to go, at lap 65, their engine belt snapped forcing them to stop and retire. Similar trouble afflicted the #07 Prototype of Tom Long and Joel Miller. While Long was in the midst of running in 10th, after approximately 1-hour had passed, their engine belt also broke. Ultimately the #70 and #07 finished 8th and 9th respectively in the Prototype Car category.

#70’s Nunez related, “Simply, it was hot. Very hot. Physically it was painful, but the mind overcomes that. After being away for a while, any pain wasn’t going to get me out of that car. It felt amazing to be back. It was a solid day for the guys, and a solid job from the crew. Unfortunately, we missed it by an inch, but this is perfect practice for next season.”

Following on, #07’s Miller stated, “The weekend at COTA showed the improved pace of our cars, especially with the handling. The lap times suffered because of the heat, but the handling was much better than last year. That’s a real positive for us and to continue to carry that momentum forward and into next year. Stuff happens, and we’ll take it in stride. We’ll look forward to Road Atlanta and have a good race. We were pretty strong there last year, relatively speaking, and now we’ll bring our improved pace and apply it to the last round [of the season].”

The season’s final round, the 10-hour Petit Le Mans powered by Mazda will be held at Road Atlanta on October 3rd (Sat). Let’s hope the boys can grab a podium finish!