Practice Begins For TUSC Round 2, The 12 Hours Of Sebring 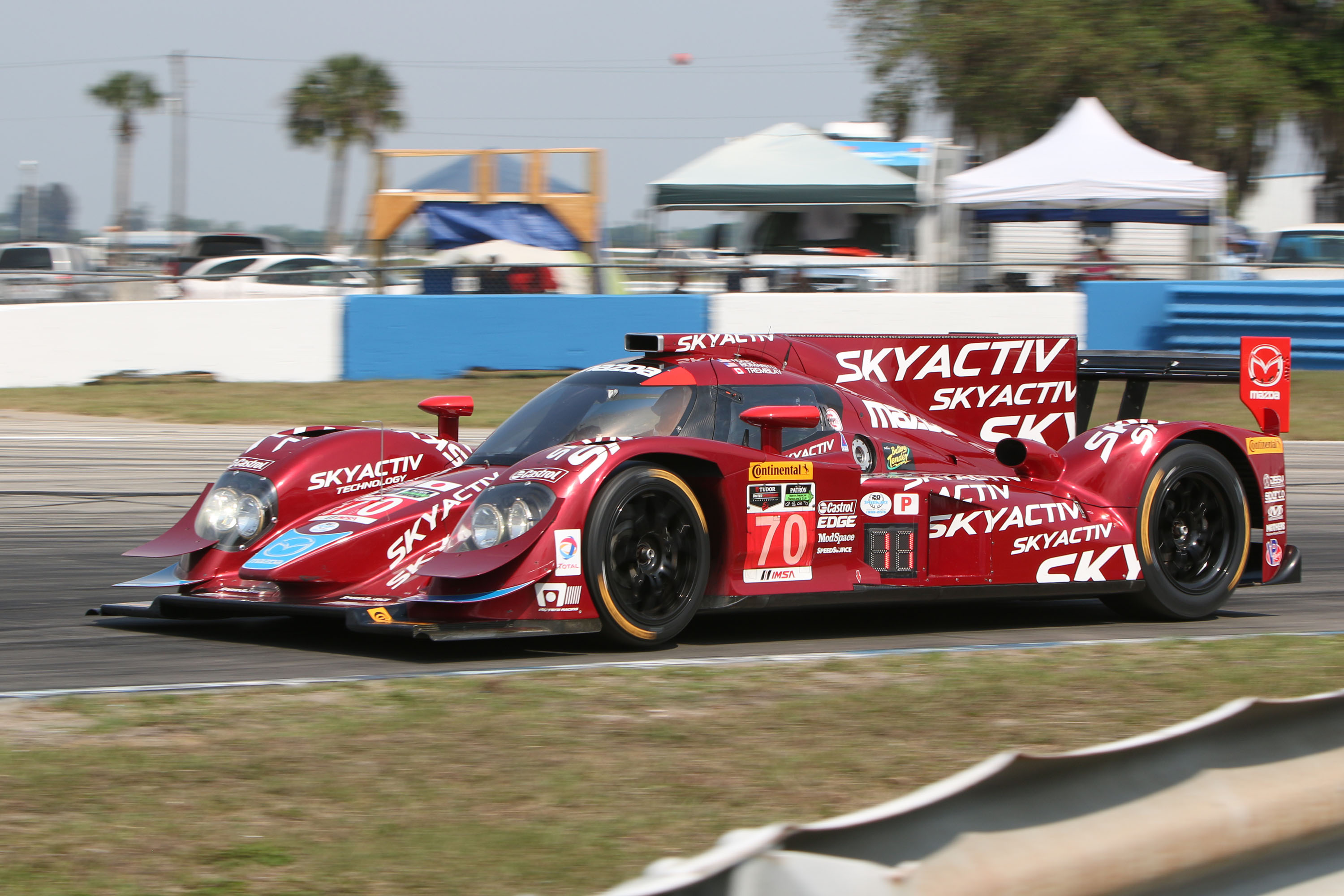 The official schedule for round 2 of the TUDOR United SportsCar Championship (TUSC), The 12 Hours of Sebring, held at Florida’s Sebring Raceway, kicked off on March 19th (Thur)

It is 8 weeks since the #07 prototype was forced to retire with engine trouble despite briefly running as race leader at the 24 Hours of Daytona. SpeedSource have been hanging out for their next opportunity to test the mettle of the Mazda LMP2 SKYACTIV-D prototype at this 12-hour race. At Daytona’s ultra-high-speed course they were forced to pursue higher power, despite the inherent risks. However at this circuit, the team is able to work towards their vehicle’s strong points of excellent braking and initial acceleration, along with its superior cornering speed and stability. The team is hoping that if they can reduce their lap time difference as much as possible with the top group, then their vehicle’s fuel efficiency will hand them a competitive edge. As Sebring was originally the site of an airfield, the road surface is inherently bumpy, with large cracks and undulations. Furthermore, as many of these bumps are located at high-speed corners, the impacts felt when driving through these can become quite a burden to the machine and the drivers. Jonathan Bomarito, who has returned to the team for the first time in 3 years to drive the #70, said, “These bumps are really tough. You really feel the impact in your hip. I drove here last year in another GT machine and knew what it was like, so over the year I have really been training up my body to deal with it. Success at this track goes beyond just the car’s performance and the driver’s technique.”

On the 19th, two one-hour practice sessions were held, one in the morning and another in the afternoon, and each respective team used these to decide on their basic vehicle settings. There was also a 1 hour 30 minute night practice established which spanned over sunset. #07’s Joel Miller, who also acts as a race engineer, told us, “The car’s chassis is really compatible with this course. Also, even last year, when we were yet to pull out the full power of the engine, the cornering speed was amazing. Still, getting the settings right is incredibly important to extracting the machine’s performance in the corners so the whole team is very carefully exploring the best set up. Furthermore, the fuel consumption data corresponds with that which we got from the simulation program so it looks like we will be able to utilize that advantage as we planned.”

The top time of the day was recorded by a Ligier HPD P2 machine. While the Mazda prototype could not manage similar results, it was steadily ticking off laps a mere 1-3 seconds different to the second group of prototypes. Its performance on the aforementioned bumps was also good and while other machines were clearly displaying large amounts of pitch and roll, the Mazda SKYACTIV-D was passing through smoothly. In a long distance race stability is everything. The qualification session will be carried out on the 20th, following morning practice, and there the final starting grid will be decided.