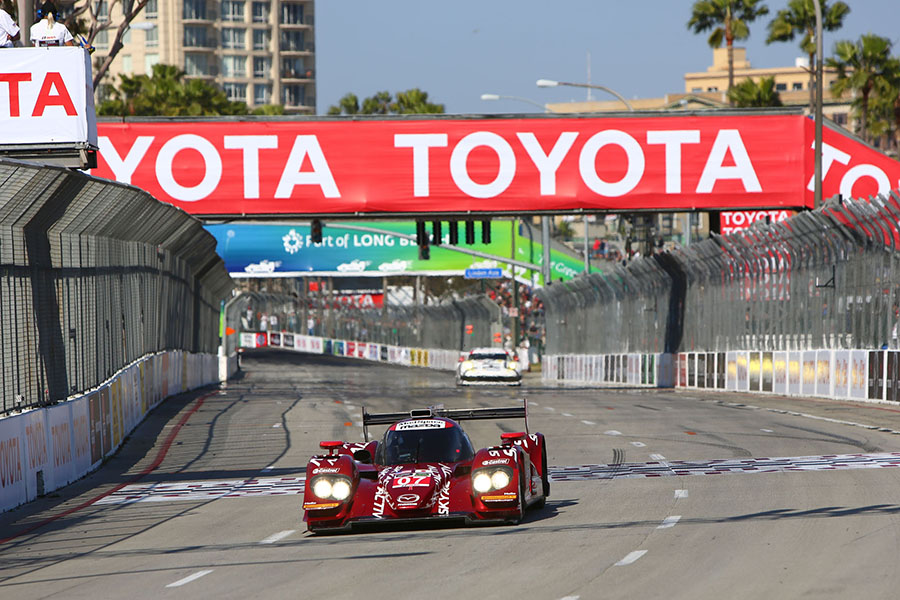 The 3rd round, 100 minute race of the TUDOR United Sports Car Championship was held at the special street track in Long Beach, California where the #07 Mazda LMP2 SKYACTIV-D Racing (Joel Miller / Tristan Nunez) from SpeedSource, the official team of Mazda USA, completed the race in 8th place in the prototype class.

Unlike ordinary races, machines such as the LMPC cars and Daytona GT cars did not participate in this TUSC sprint round. As a result, a total of 20 prototype class and LMGTE class vehicles took part in this event. The number of cars had to be limited due to the race being held simultaneously with the Indy Car race, the Long Beach GP, as well as the fact that the paddock and track are quite narrow and leave almost no escape zone. For this race the SpeedSource team assigned the sprint spec #70 (Sylvain Tremblay / Tom Long) with a 10% increased engine output. The #07 participated with the initial model engine that the team has used thus far. During the practice sessions held on Friday the new engine was well received by the drivers. However, just before the qualifying session, a fuel leak was discovered in the fuel cell and the #70 was unable to set a qualifying time.

Thanks to the hard work of the crew, the #70 was able to make it to the starting line on Saturday before the main event began at 3:05pm. However, starting from absolute class rear, despite showing good acceleration from the first lap, early in the second lap the car began to emit white smoke and was forced to enter the pits. Unable to restart, the machine was forced to retire from the race. Later it was discovered that it had overheated. The #07 car, starting 10th in class, nonchalantly raced around the track like clockwork and finished the race in 8th place. It’s driver, Nunez, stated, “Our car has evolved since Sebring and the handling has improved. We didn’t have even the slightest mishap in this race. At the next race at Mazda Raceway Laguna Seca our machine will also be equipped with the new engine so I’m really excited.” It was later established that the issue of overheating in the #70 was due to a problem with the cooling water passage and that there is no problem with the engine itself.