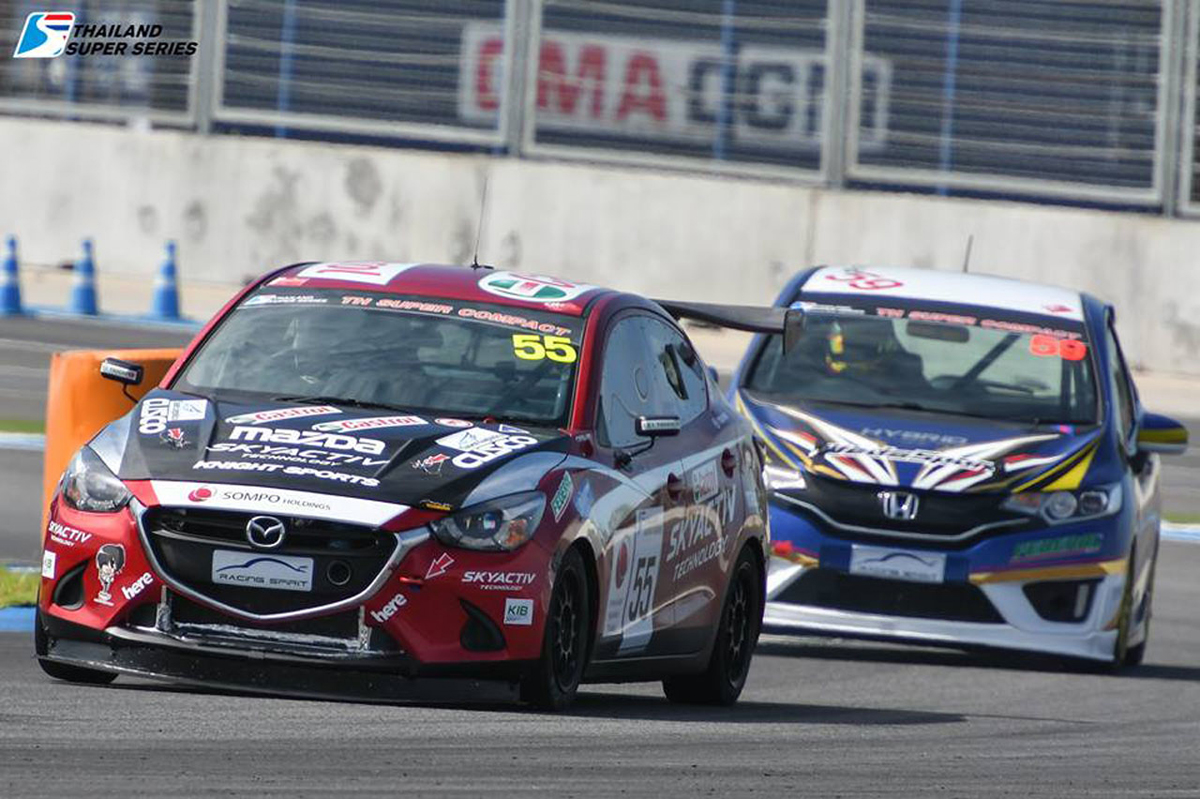 Rounds 3 and 4 of the Thailand Super Series (TSC) were held at Chang International Circuit, Buriram, where two Mazda 2 SKYACTIV-Ds were entered into the Super Compact Class by the Innovation Mazda Team.

The majority of entries into this class are cars manufactured in Thailand and with 4 more participants competing in this race the number of competitors has risen to 14. The number is expected to increase further in future rounds. In official qualifying, Michael Freeman propelled the #55 Mazda 2 sedan to a class 6th starting grid, while “Ploy” Tachapan (#44 Mazda 2 hatchback), who has only just turned 19 years old, managed to secure 10th. The race for round 3 was then held on July 9th (Sat) where the #55 completed the race in 4th and the #44 in 8th. Both Mazda 2s were able to tick off laps at times faster than they had achieved in races up until this point. The #55 was marking laps around 2 minutes, 5 seconds, and the #44 was maintaining around 2 minutes, 6 seconds. This was about a 0.75 second improvement for both drivers.

Round 4 was held on Sunday where the #55 began from 2nd place on the grid but was hit by other competitors duking it out in 3rd and 4th place and this resulted in him crashing out. The #44 competed fiercely to pass the checkered flag in overall 4th and class 1st but was unfortunately penalized for a starting line violation and her final position was shifted. The two Mazda diesels are currently more that strong up against the Honda City and Fit, but still have some work to do to keep up with the 1.6 liter Ford Fiesta RS. The next round will be held at Bira Circuit where factors such as power, brake performance and chassis dynamics will be even more important. There are high hopes that the Mazda 2 SKYACTIV-D will be able to fight it out with the top group.