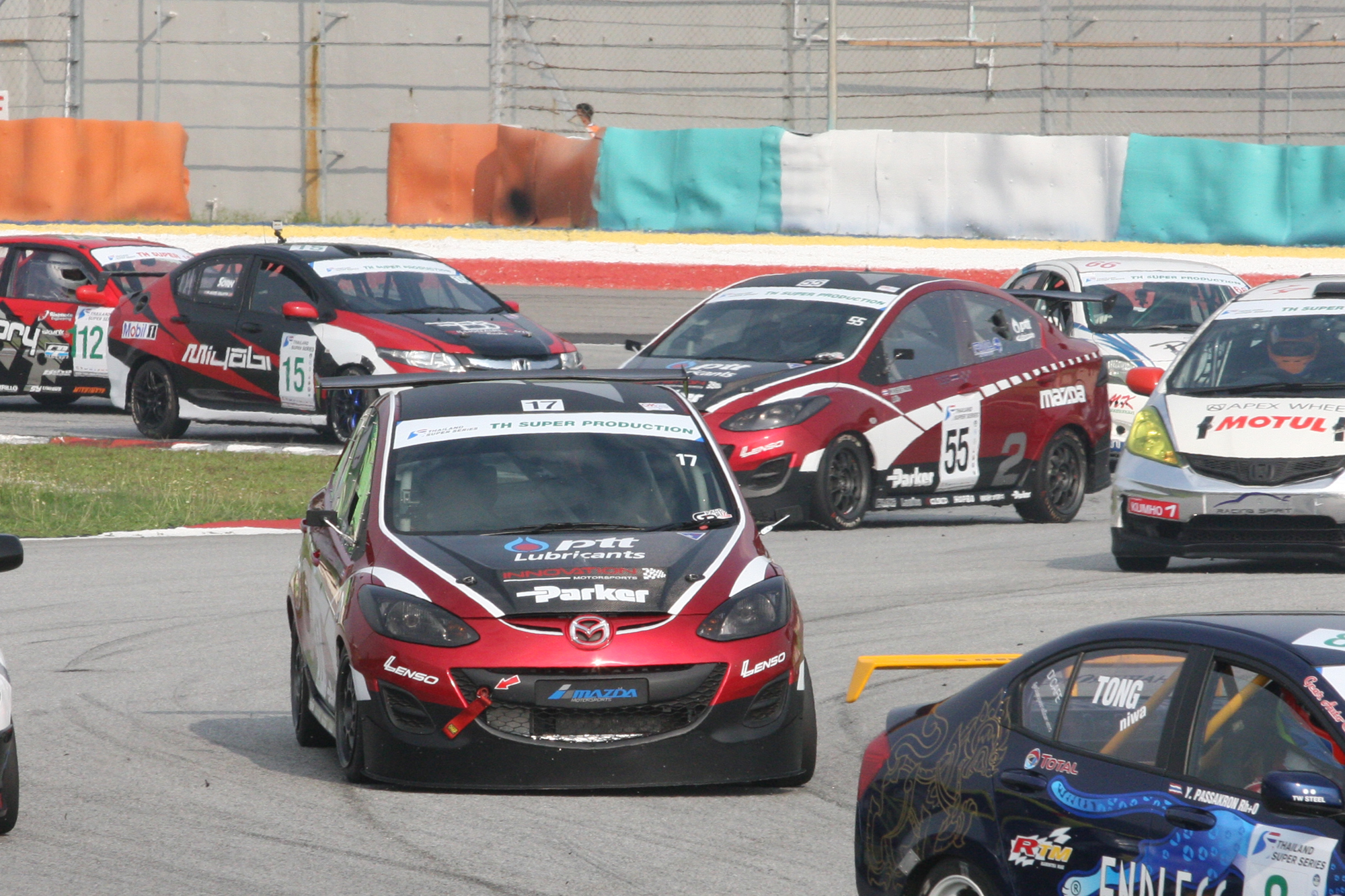 The opening round of the Thailand Super Series was held over May 9th (Fri) – 11th (Sun) at Malaysia’s Sepang International Circuit where the two Mazda 2s of Mazda Thailand’s official team, Innovation Motorsports, managed to overcome crashing in the first race to achieve a 4th and 5th respectively on Sunday’s race.

In order to avoid the extreme heat of Thailand’s midsummer, the opening round of the Thailand Super Series is held in neighboring Malaysia’s Sepang International Circuit. The gear ratio settings of the Mazda 2s were initially not suited to this high-speed track where events such as F1 and GT are held and this led them to place 7th and 9th in the qualifying sessions. However, you never know what can happen during a race and the teams went into race day hoping for a chance to recover. However the #17 driven by actor Pete Thongchura was caught up in a spin with the car directly ahead causing significant damage to the front of the car, while Michael Freeman’s #55 went off course and was forced to retire. Despite both machines receiving significant damage to their bodywork, the diligent work of the teams managed to return them back to almost their original state. The two Mazda 2s were able to proceed into the next race.

Starting race 2 in 20th place, Pete in the #17 put in a furious run to overtake 10 other vehicles in the early stages. Not to be beat, Freeman, starting in 15th in the #55, also passed a number of competing vehicles by the middle part of the race. Afterwards, both cars kept pushing even harder and the #17 finished the race in 4th with the #55 following just behind in 5th. Mazda Thailand’s sales representative stated,“we were really impressed by the hard work of the Innovation teams and the fighting spirit of the two drivers. The braking and cornering of the Mazda 2 during the race was far and above the competition and we could really sense its reliability. To be able to display this kind of performance after receiving emergency repairs shows just how tough the Mazda 2 is.”