Mazda 6 and Mazda 3 debut at CTCC 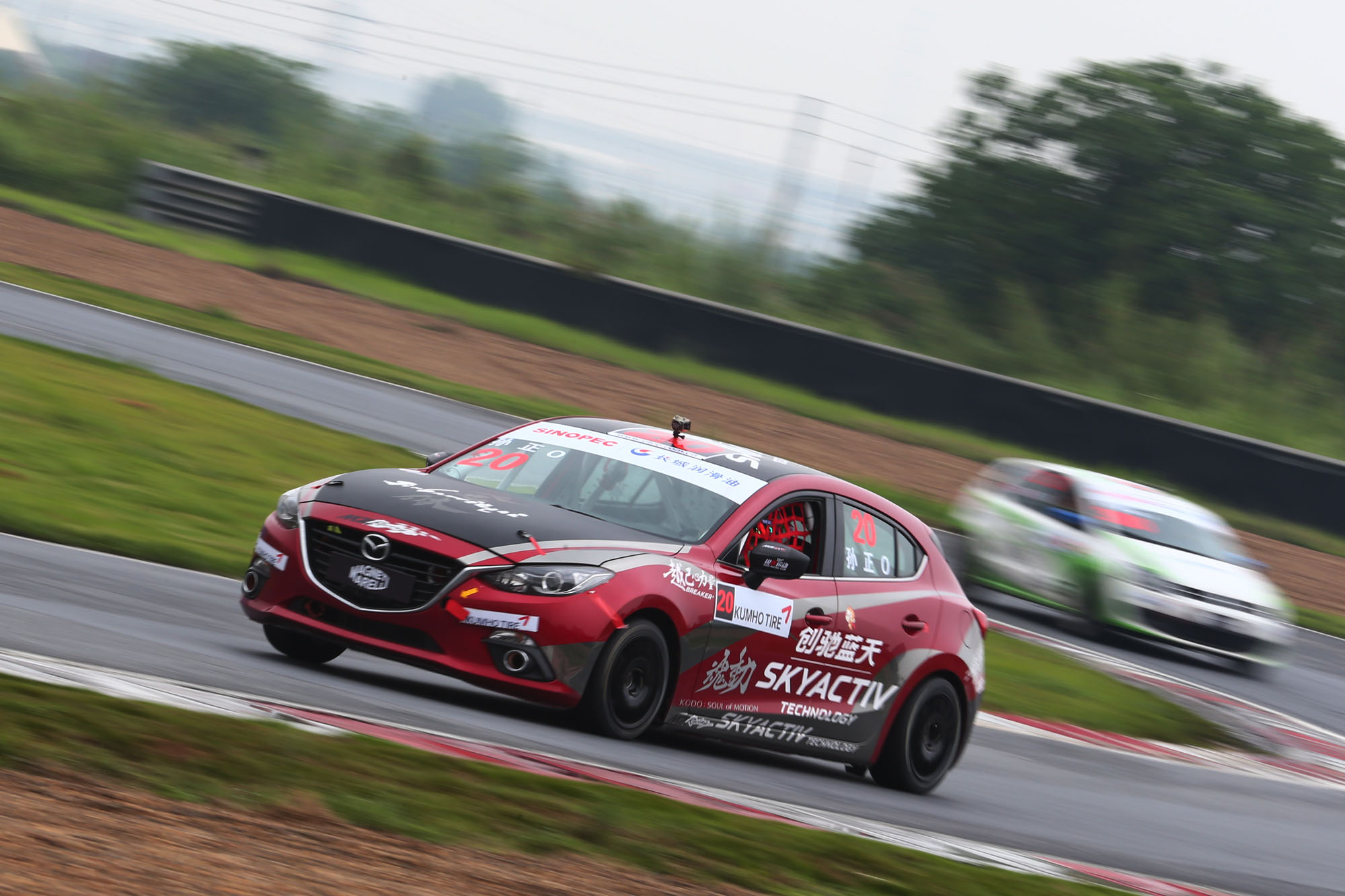 The opening round for the 2015 China Touring Car Championship (CTCC) was held over May 16th (Sat) to 17th (Sun) at the Guangdong International Circuit near Guangzhou, China, where the Mazda China supported “Beijing Luisu Racing Team” debuted their Mazda 6 (Atenza) and two Mazda 3s (Axela). Although one of the Mazda 3s was forced to retire with technical issues, the other two Mazdas successfully completed the entire race.

The CTCC has two forms of participation, manufacturers and club teams, and Mazda China has decided to go with the latter and support the entry of the strongly competitive “Beijing Luisu Racing Team.” In addition, there are 2 classes established: the Super Production (SP) class, which permits extensive vehicle modification and an engine output of approximately 330 horsepower, and the Production (P) class that restricts modifications. This season the Beijing Luisu Racing Team is entering one Mazda 6 into the SP, and two Mazda 3s into the P class.

After a spout of rain, the Mazda 6 Atenza started the Guangdong opening round race from the tail end of the SP class. The team decided to select dry tires and attempt a move up the order, but the road surface dried significantly slower than expected and they passed the checkered flag in 9th place. With 9 of the 12 competitors being manufacturer teams, they were the only club team that successfully managed to complete the entire race. In the P class, the ECU program designated by the race organizers did not match the Mazda 3s at all and brought about a disastrous result in qualifying. To address this, the mechanics set about returning the cars to their previous ECU and making required adjustments. Although they were somehow able to return the engine control to its original performance, they went into the final race with the power steering controls in an imperfect state. Both the Mazda 3s began the race from the tail end and then soon after, in lap 1, the #20 experienced abnormally high water temperatures, which led to an engine failure and early retirement. The #21 competed valiantly while fighting with its impaired power steering and also having to be very mindful of rising water temperatures, ultimately finishing the race in 20th. Starting the second race from 20th on the grid, they carried out an uneasy fight and somehow managed to achieve an 18th placed finish.

In China the motorsports activities of the Mazda SKYACTIV machines has only just begun. From now on the team is sure to rapidly find their feet and be able to go up against the manufacturer teams. MZRacing is cheering for the Beijing Luisu Racing Team and will be keeping you informed of all updates regarding the CTCC. Stay tuned!