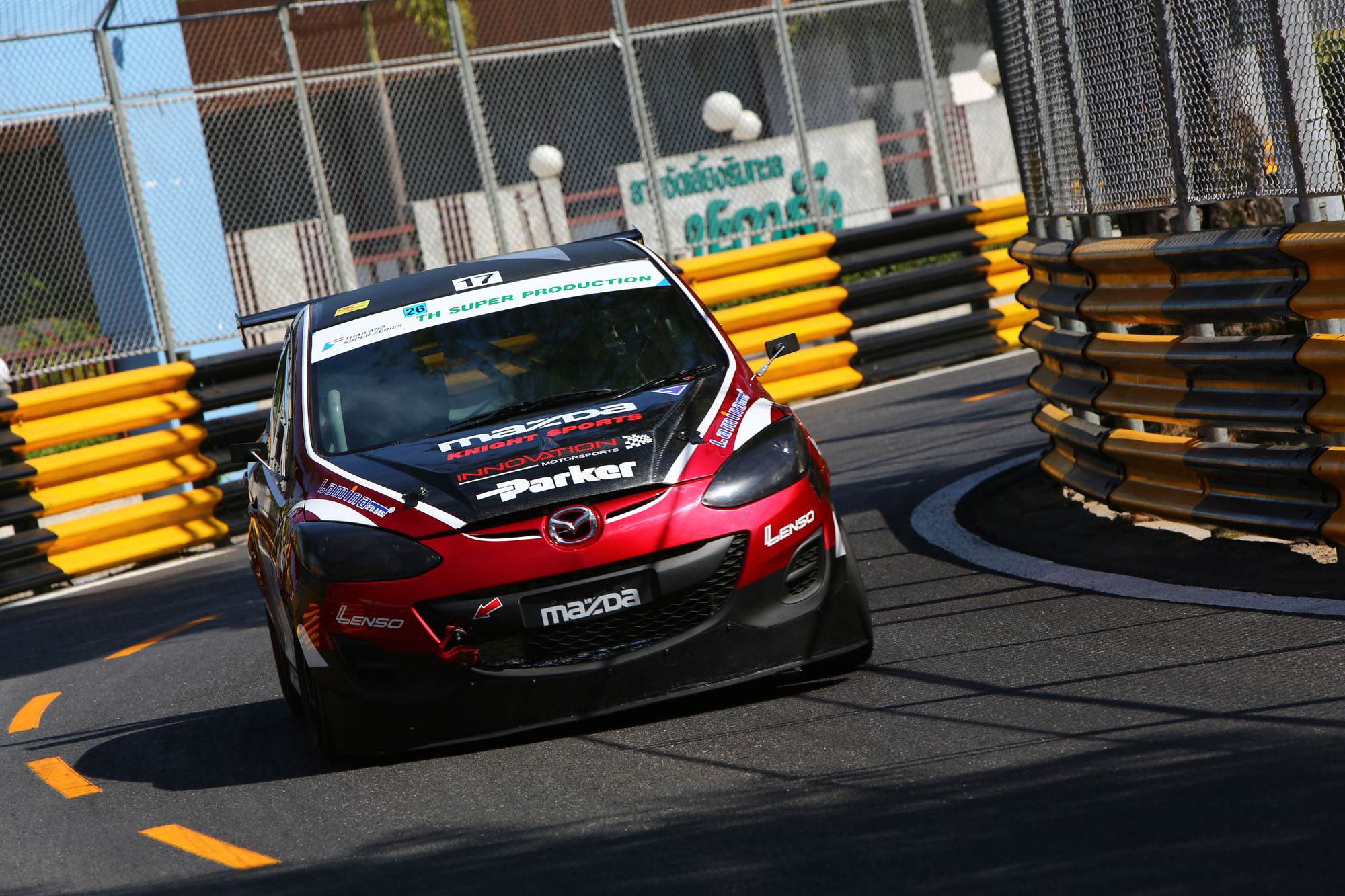 The final day of Thailand’s speed festival was held on December 14th on the Bangsaen street circuit and the Innovation Mazda team’s Michael Freeman took 2nd place in the Super Production race. With this result he was able to wrap up the season with a final round podium finish.

Riding a wave of momentum from the start of the race, Freeman carried out a flawless race, even after two dispatches of the safety car, and protected his 2nd place position right up until the checkered flag. Driving behind him was Pete Thongchua, in his Mazda 2 5-door hatchback, who engaged in a fervent tail-to-nose battle with the machines to his rear and front. Waiting for a chance to push through the pack, he was right on the bumper of the preceding vehicle, even in blind corners. However at the mid-point of the race he was hit on his right side by a chasing car and his machine was irreparably damaged. Unfortunately, this left him unable to continue the race.

After this, the final race of the Super Car class 2 was held from 4:00pm. After achieving a commendable result in the Super Production race, Freeman would briefly be overtaken following a rolling start, but would retake his position on the back straight before heading into 90° Corner. Accelerating out of this point, he headed into the twisty second half of the circuit but unfortunately hit his left wheel at the first left corner. He then hit the guardrail on the opposite side, bringing him to a complete stop. This left him forced to retire. Being such a narrow course with no safety zone, Bangsaen, like Macau, mercilessly assaults competing vehicles with accident after accident. Freemen related, “I turned a little too hard at that left corner. It’s very disappointing. I have to apologize to all the fans who were looking forward to seeing the performance of the Knight Sports RX-8. I haven’t received any injuries but I’m more worried about the damage I did to the car.”

Knight Sports representative, Eiji Nakamura said, “The front suspension, engine auxiliaries, and so on, have been damaged, but it’s not a lost cause. I think there will be a day soon when we can return here with the car restored to its original form and fully display its fiery performance.”