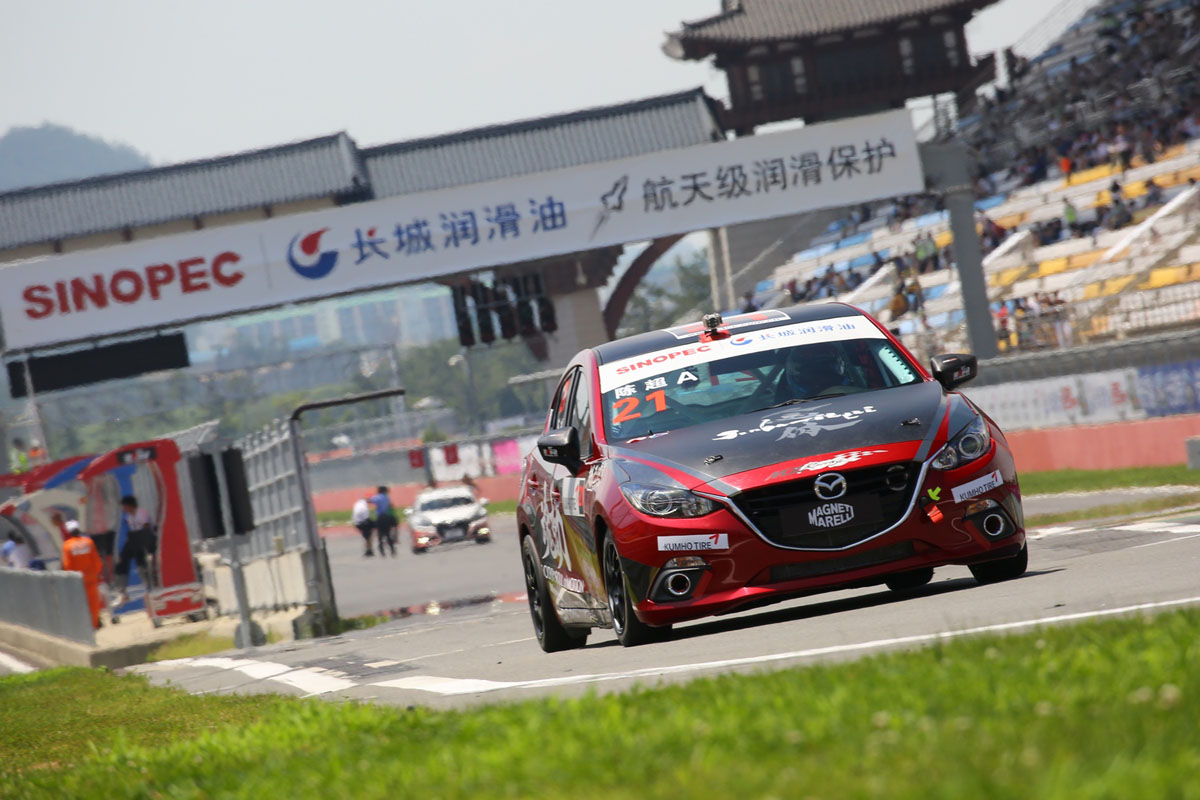 The Mazda China supported Beijing Luisu Racing Team, entered a Mazda 3 into the production class for round 4 of the China Touring Car Championship (CTCC), which was held at the Korea International Circuit. Here driver, Chao Chen carried out a solid performance and completed a trouble-free race.

In the first heat of the final race, Chen started in the Mazda 3 from 21st on the grid and overtook several rivals to finish in 17th. He would go on to overtake another 3 machines in Heat 2 but unfortunately a severe accident led to a race cancellation and these results would not be officially included. This time around there was not even the faintest hint of trouble from the chassis or the engine, which goes to show that, in just it’s 4th time out since taking on the challenge of the CTCC, the machine is starting to show reliable performance. The team’s flagship model, the Mazda 6, which is competing in the Super Production Super Cup, and ace car #20 Mazda 3, that is racing in the Production Class, are currently undergoing a range of technical improvements. They will be back out to compete in CTCC round 5 to be held at the Guangdong International Circuit in Guangzhou.