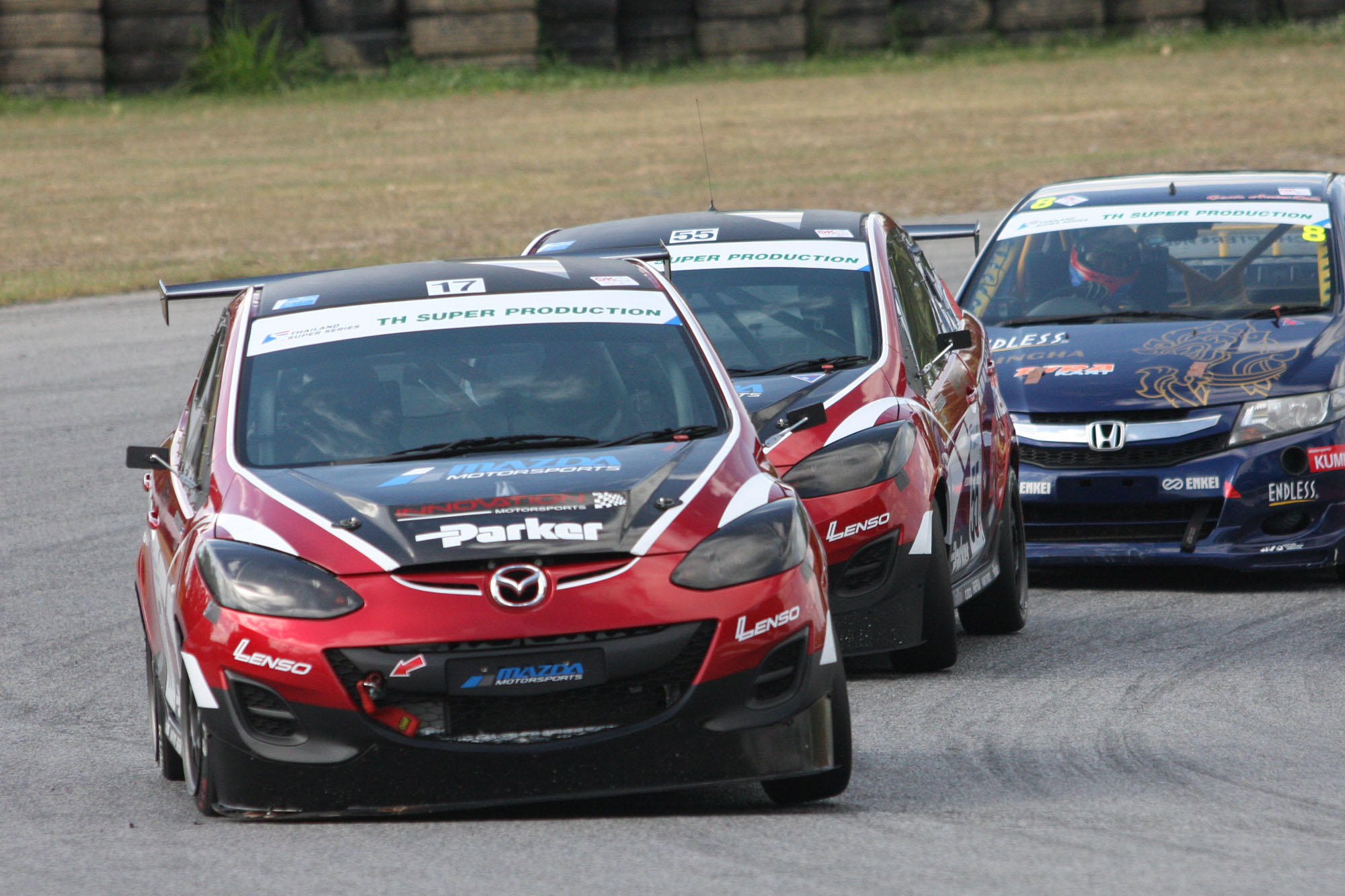 Over July 4th (Fri) and 5th (Sat), the second round of the Thailand Super Series, the “Super Production Race”, was held at Thailand’s Bira Circuit where the official team of Mazda Sales Thailand participated with a pair of Mazda 2s. In race 1 they took 2nd and 5th and in race 2 they placed 4th and 6th.

As the opening round of the series was held at Sepang Circuit in Malaysia, this round, held at Bira Circuit, located about 1 and a half hours from Thailand’s capital of Bangkok, was the first race to be held in the series’ home country this year. At the official qualifying sessions held on the 3rd (Thur) the Mazda 2 sedan of Michael Freeman clocked a 4th placing time while the movie actor, Pete Thongchua, placed 11th in his five-door hatchback Mazda 2. Later, it was discovered that some competitors’ cars didn’t conform to regulations during scrutineering, and so the final starting grid saw them placed in 2nd and 10th respectively.

In the 1st race held on Friday, Freeman displayed a sensational run and, with a little help from technical issues experienced by the leading cars, took the 2nd step on the podium. Meanwhile, Thongchua’s #17, starting from the rear, steadily climbed through the ranks to eventually come home in 5th. For race 2 held on Saturday, the #55 started from pole and the #17 from 4th on the grid. Despite starting in a good position, the #55 was overtaken by 2 rivals who managed to open up a large margin and, being unable to reel them in, Freeman ultimately finished in 4th place. The #17 also passed the checkered flag in 6th.

When we compare this to last year’s 2nd round result of a 1-2 finish, it is clear that the development of rival cars has been significant. The challenge for the Mazda team now is to figure out what they can do to improve the Mazda 2 in the lead up to the 3rd round to be held in November at the Buriram United International Circuit.