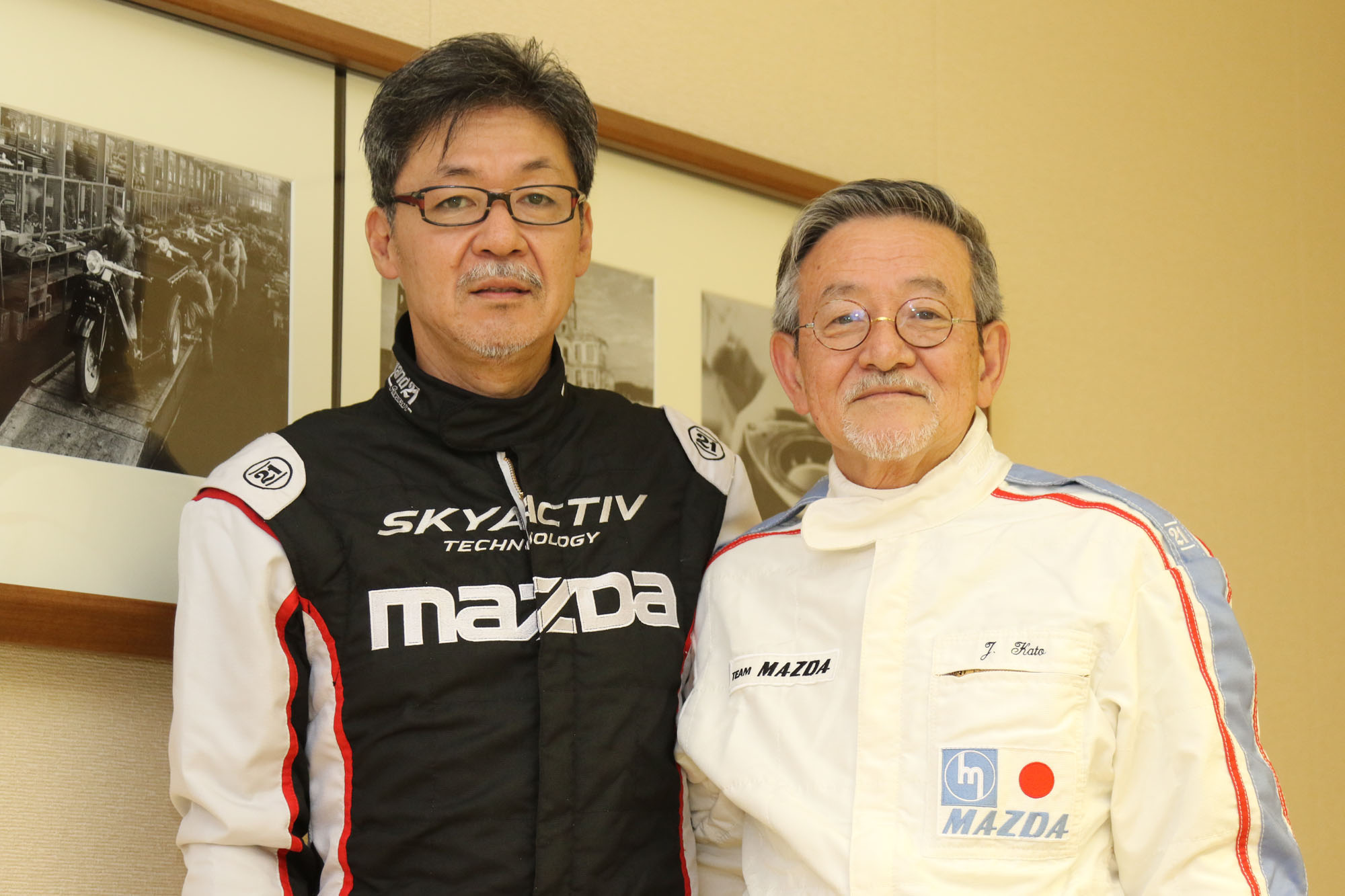 In the lead up to his embarkation towards Belgium, where he will compete behind the wheel of a race-spec Mazda R100 Rotary Coupe (Familia Rotary Coupe) in the “Spa Masters 70s Celebration” at Spa Francorchamps on September 20th (Sun), Jin Kato gave us a few words on how he was feeling.

Kato, who is a doctor that lives in Aichi Prefecture, currently owns two historic car race-spec Mazda R100 Rotary Coupes and is widely renowned for being an historic racecar enthusiast and collector. Having gotten to know each other through their enjoyment of motorsports activities, such as gymkhana, and their love of Japanese vehicles, Mazda’s General Manager of Design Division, Ikuo Maeda, will be joining Kato to drive one of the Mazda Rotary Coupes as a teammate, which is guaranteed to deepen their friendship.

Kato related, “All of the preparation to see my dream of competing at Spa, an ambition that has spanned over 40 years, has finally been completed and there’s just 10 days remaining until we head off. Last year I went to survey the current Spa racing course and I drove on it using a rental car. In order to get a little closer to understanding how the Mazda racing team felt in 1970, when they put in such a good fight, I’ve attempted to sincerely recreate the team jacket, racing suits and so on from that time and bring it into this event. Our car model is relatively light, at 720kg, and sports a 10A rotary engine that produces approximately 160hp, which I think will perform quite well at Spa. We expect there to be some tough competition, but I’m really looking forward seeing how competitive this car, which was dubbed the “little giant” in Europe, will be. Mazda’s Maeda went on to say, “I’m honored to be able to join Maeda’s team. It goes without saying that I have also longed to compete at Spa, but it will be my first time to ever drive on it. I took part at the shakedowns implemented at Fuji Speedway the other day, so I believe I’m accustomed to the way this car handles. Although it couldn’t hold a candle to modern vehicles on the straight, I got the impression that the car’s light weight would enable it to more than hold its own on the corners. I was very impressesd”

The team will depart on the 15th and arrive in Belgium on the 17th. Official qualifying will be carried out on the 18th and then, at 10:25am on the 20th, the 40-minute race will begin. Registered to join Maeda in the #31 Rotary Coupe will be local journalist and racecar driver, Xavier Daffe, and taking the wheel in the #33 will be Eiichi Sugiyama who, along with Kato, manages a maintenance garage that specializes in cars with rotary engines.

MZRacing will be with the team every step of the way and will be uploading reports of their activities. Stay tuned.