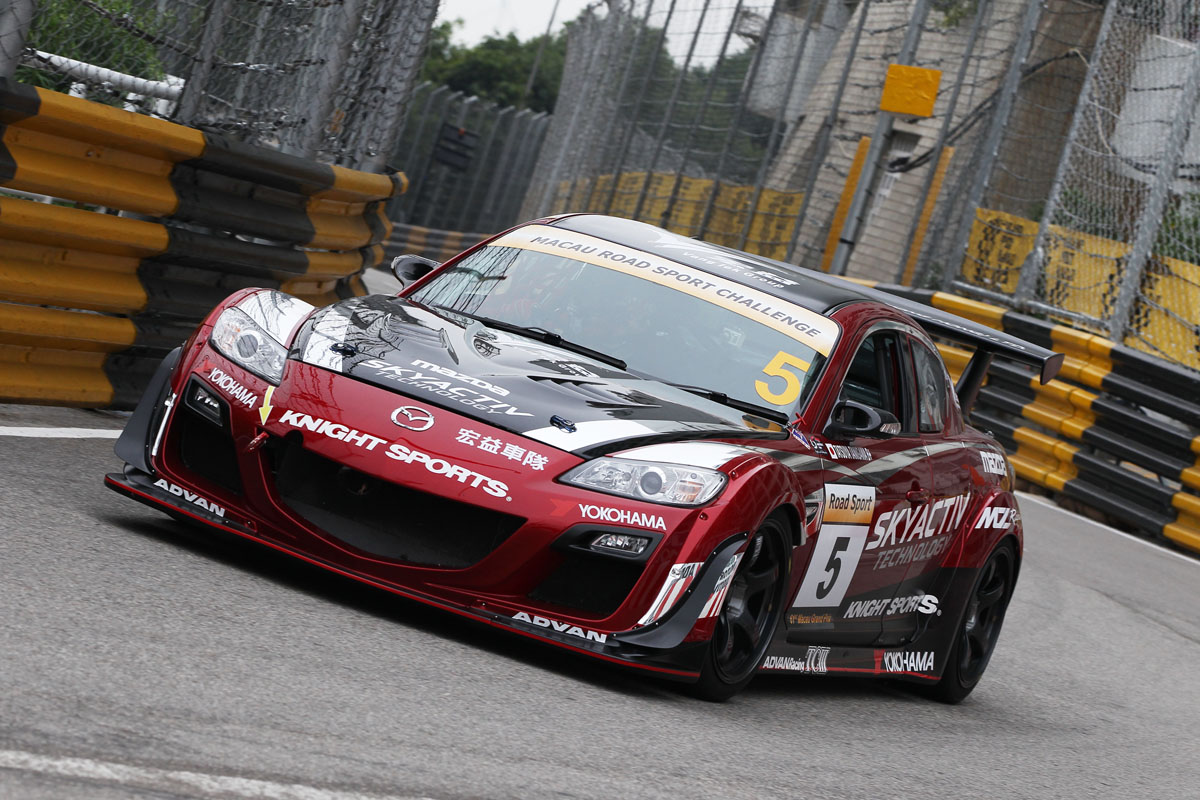 At the 61st Macau Grand Prix’s “Road Sport Challenge,” held on November 15th (Sat), the appearance of the Knight Sports RX-8, which was set to compete here for the first time since 2009, was conspicuously absent. Having damaged its transmission in the qualifying session it was forced to pull out of competition.

Following the 30 minute practice session held on the 13th (Thur), driver, Tatsuya Tanigawa, commented, “We’re experiencing a bit of oversteer and it feels a little unsteady in the high speed corners. I was having trouble shifting into fourth gear and towards the end of the session I began to hear a strange noise so eased off the pace.” After this the team set about removing their Hewland IGT sequential gear shift and conducting an overhaul, but in the process they discovered that a large amount of internal damage had been caused by a fault in their transmission oil pump. Not having spare parts on hand, they carried out emergency measures and put the car out for the following day’s official qualifying session. However, before long Tanigawa was on the radio stating that, “The gears won’t shift properly and the turbo boost isn’t kicking in,” which left them unable to continue the session. With extensive damage to the gearbox it was judged that quickly repairing the issue would be near impossible. They carried out a desperate search for replacement parts but an IGT box capable of handling the car’s large amounts of torque was not available in Macau which left the team no choice but to acknowledge that participating in the final race would be impossible.

Knight Sports representative, Eiji Nakamura lamented, “being such a high capacity, expensive gear box, not having a spare ready was a serious lapse in judgement and is totally my responsibility. I’ve really let down all the fans who supported us. Still, we’re not going to give up and plan to be back here next year.”

The Knight Sports RX-8 was not sent back to Japan but rather moved onto Thailand. There it will wait for a repaired gearbox and compete in the Bang Saen Grand Prix in the second week of December.