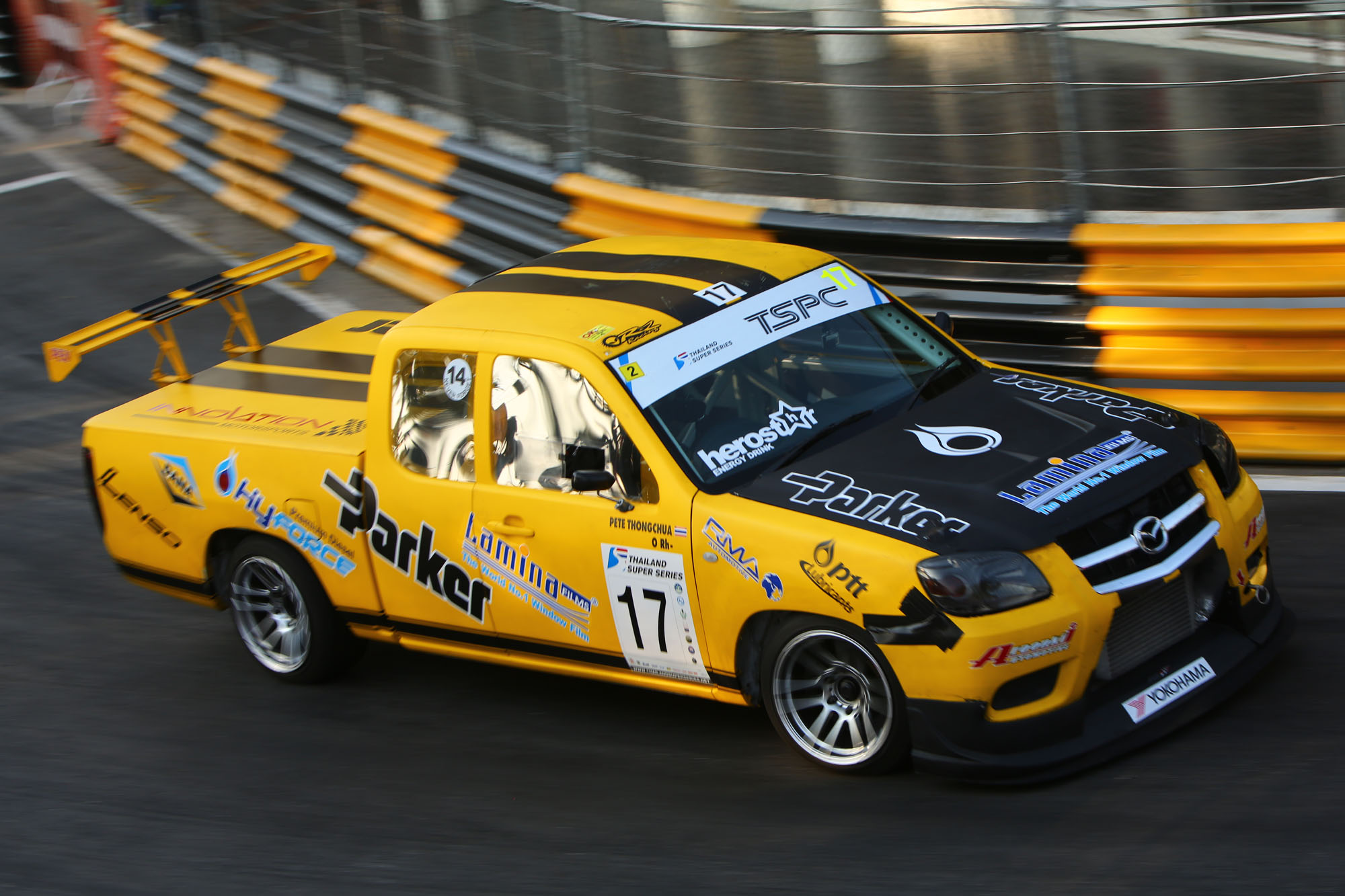 The final race of this year’s Bangsaen Speed Festival was held on December 12th (Fri) at the Bangsaen street circuit, Thailand, and the Mazda BT50 driven by Pete Thongchua, pulled off a turnaround victory in the Thai Super Pickup Race.

Pete has been able to boast undeniable speed this season and this time, too, he started the race from a 2nd place qualification. On the second lap he managed to snatch the lead and from then on out carried out a fast paced one-man journey to the checkered flag. Having secured this season’s championship in round 6, AC Pete came out to strike awe in the large Bangsaen crowd. After the race was over, Pete, modest as always, stated, “The Mazda BT50 is undeniably the fastest diesel pickup.” There will be another race on the 13th which will mark the end of this season’s schedule. The Mazda BT50 is based on the previous BT50 manufactured in Thailand and is mounted with a 2.5 litre diesel turbo tuned to produce a maximum of 350hp with a max torque of 70kgf-m.

Japan’s Knight Sports has also brought over its RX-8 to compete in this year’s Bangsaen Speed Festival. In November the team met with disappointment at the Road Sports Challenge held in Macau when they were unable to line up on the starting grid due to gear box issues. For this reason, team representative, Eiji Nakamura, who participated at the Mazda Fan Festa, departed Japan on the 8th and carried out gearbox repairs on Tuesday. they confirmed that there was nothing wrong with the car during the final practice runs held on the 10th and then headed into the official qualifying sessions implemented on the 11th. Unfortunately though, during post qualifying weigh-ins, it was determined that the machine didn’t fulfil the prescribed minimum weight requirement and their time was invalidated. Thus, the Knight Sports RX-8 will start round 7 of the Super Car Race, to be held on the 13th, from the last spot on the grid. Serving as driver will be Michael Freeman from the Innovation Team that manages Mazda Sales Thailand’s official teams.