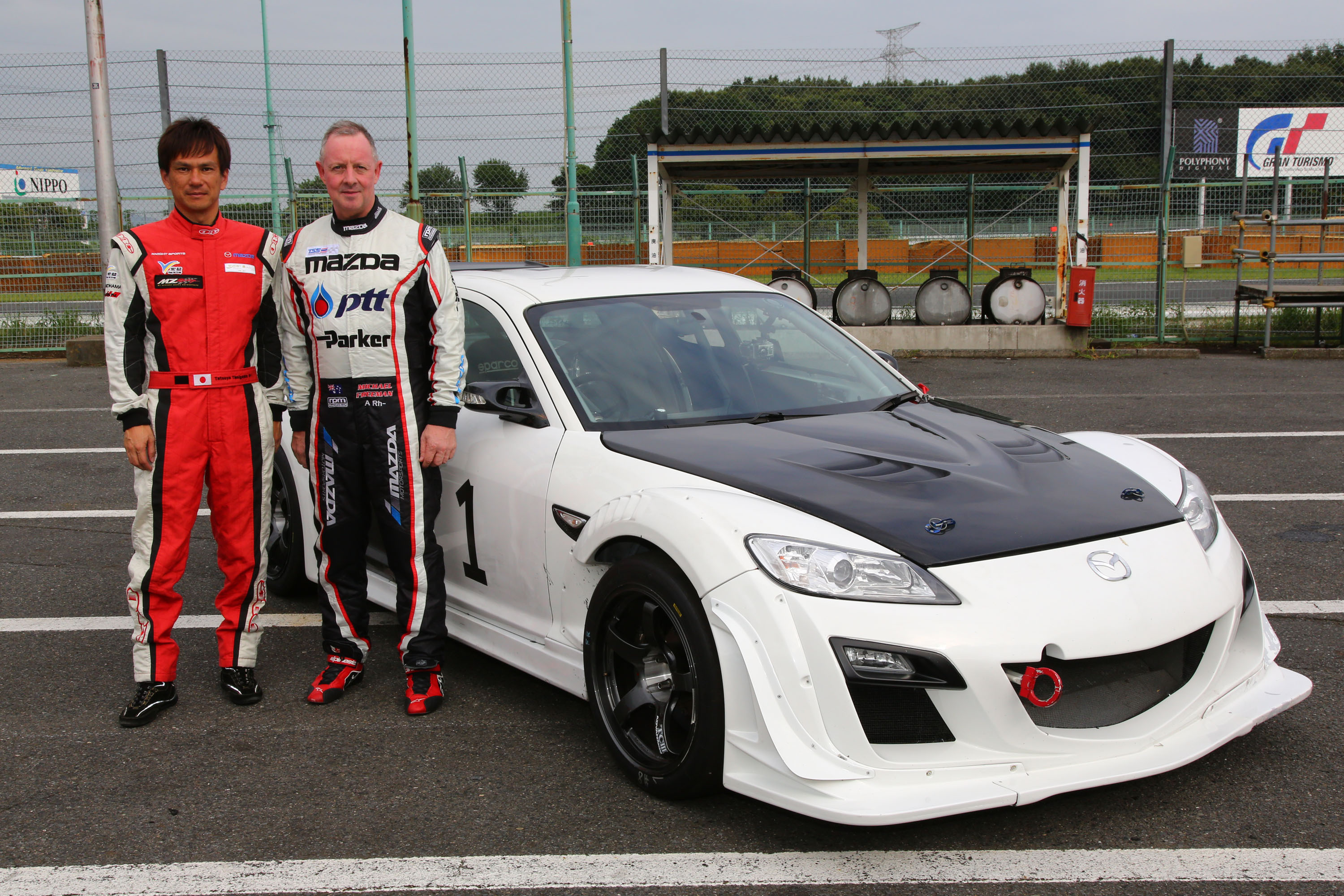 On September 3rd (Wed), the Knight Sports RX-8, which will be competing at the Macau Grand Prix, got a shakedown at Tsukuba Circuit. According to Night Sports representative, Eiji Nakamura, the power of the 13B turbo engine had been increased to 537hp and they are aiming to further increase the car’s acceleration by optimizing the gear ratio. Furthermore, this RX-8 will not only be competing at the Road Sport Challenge to be held on November 15th, it will also be entering the Bangsaen Grandprix in Thailand on December 14th.

This will be their 6th time taking on the Macau GP Road Sport Challenge and this year the regulations have changed to restrict the permitted fuel to below 97 octane. Nakamura related, “Every entrant is in the same situation but as expected there’s no avoiding a loss of power. The key will be whether we can make up for that with acceleration on the mountain side.” Driver, Tatsuya Tanikawa commented, “We’ve made it to the podium more than a few times but this year I’ll be aiming for the centre spot.” Following this, further fine-tuning of the car will be carried out and it will then be loaded onto the ship at the end of September.

The Bangsaen Grandprix, which will be held about 1 month after Macau, is Thailand’s largest domestic motorsports event. The race is held on a city circuit consisting of closed off city streets at the world-renowned tourist spot of Bangsaen Beach. With a layout consisting of long straights and right-angled turns, numerous events are held here including supercar races, track races and production car races. Taking the wheel of the Knight Sports RX-8 for this event will be Michael Freeman (Australia). This being his first appearance at Tsukuba and his first time driving the Knight Sports RX-8, Freeman said, “Tsukuba is a fantastic course. Due to the fact that today was a sports run that had different types of machines running at the same time, I had to be a little careful when driving. The Knight Sports RX-8 is a beautiful machine. Obviously, I was blown away by the power. I still have a lot to learn and get used to with the car, but I’m really looking forward to the race at Bangsaen.”