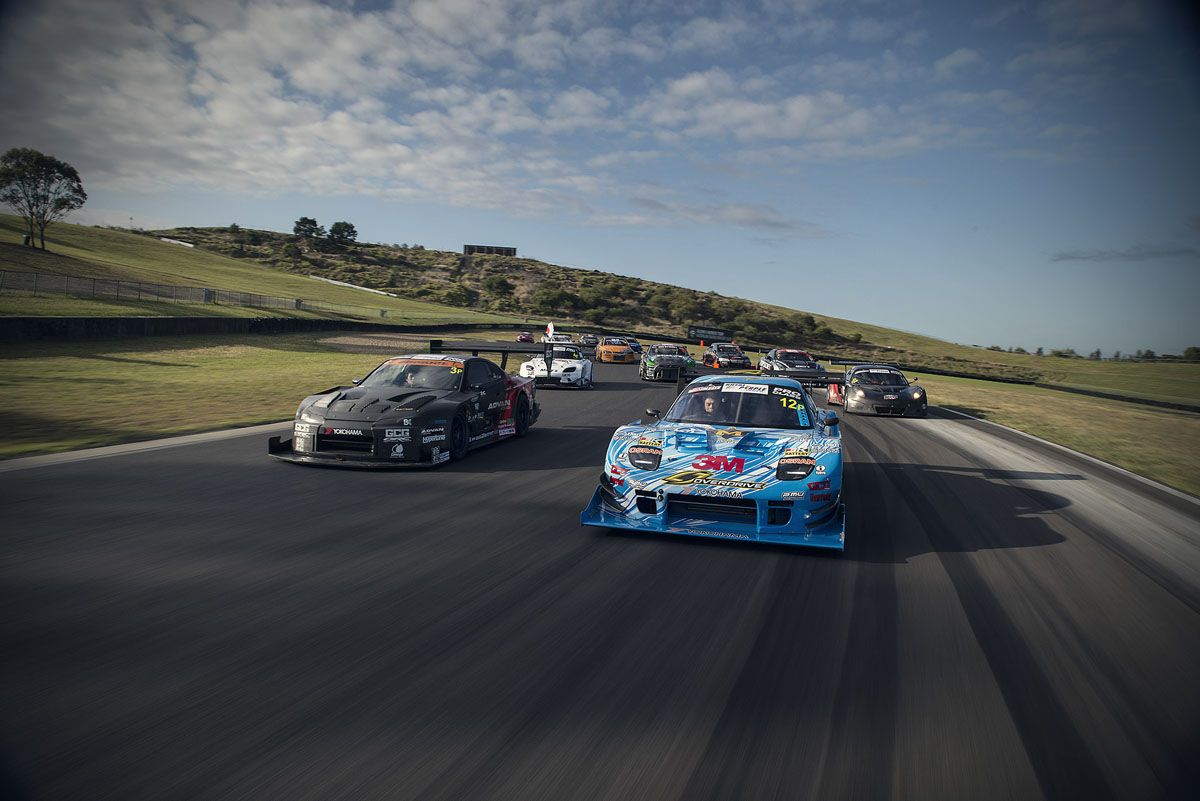 Over October 17th-19th, the “World Time Attack Challenge” was held at Sydney Motorsport Park (formally Eastern Creek International Raceway) in Sydney, Australia where competitors battled it out to decide who is the fastest in the time attack world. Here a great many Mazda rotary machines took part.

The World Time Attack Challenge is a speed event that has been held since 2010 under the auspices of Yokohama Rubber and implemented through local Australian organizers. It is a simple competition in which participants compete to achieve the fastest lap time at the 3.93km Sydney Motorsport Park. This course consists of a long straight, that demands high-speed performance, and a technical section in which perfect suspension and chassis settings are essential. At this year’s event nine vehicles equipped with Mazda rotary engines participated. At the head was the “RE Amemiya RX-7 Hurricane” (Manabu Orido) which competed in the highest category, the “pro class.” It is clear that these rotaries are a firm favorite at this type of speed event. On top of this, this year Mazda Australia set up a special display booth at the event. Along with vehicles such as the FD3S RX-7 (which took 3 consecutive victories at the Bathurst 24-hour between 1992-1994) and the drag race spec Mazda 6 (20B turbo), the Mad Mike 4-rotor RX-7, from New Zealand, and Garage Star Field Mazda 767B from Japan were invited and put on display. Large audiences enthusiastically gathered to watch the drift run of the Mad Mike RX-7 and the demonstration run of the Mazda 767B. The cheers that could be heard were almost enough to drown out the roars of their 4-rotor engines.

Within the competition, Manabu Orido took the wheel in the RE Amemiya RX-7 Hurricane which has recently been handed to its new owner in Thailand. He finished 5th in the pro class after recording a time of 1 minute 27.3 seconds, 2.6 seconds faster than last year’s record of 1 minute 29.9 seconds. Tuner, Isami Amemiya, went on to say, “For this event we changed the geometry by reducing the car’s weight by 35 kilograms, going with a double wishbone rear spoiler and remaking the front suspension arm. By also altering the size of the turbine we were able to increase the amount of mid range torque. Orido then went out with a great performance which even further improved our time.”