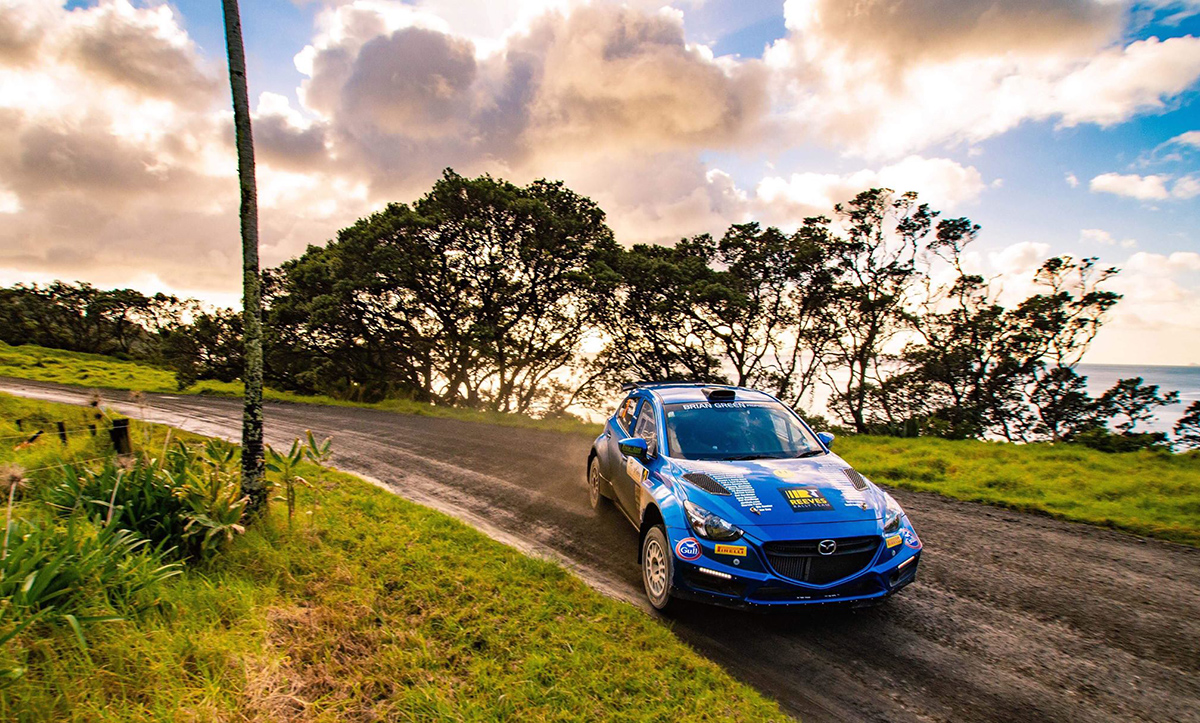 Brendan Reeves’ attempt to win a third-straight Rally of Coromandel in New Zealand today was curtailed by electrical problems.

Reeves, and co-driving sister Rhianon Gelsomino, were plagued by problems in their Force Motorsport Mazda2 AP4, with the car going into limp mode in five of the day’s eight stages.

The event had attracted a healthy entry list of 61 cars and, in what is believed to be a world first, ten manufacturers were represented in the top ten seeded cars.

After a successful test on Thursday, the pair were confident of a good showing at the rally, which was round 5 of the New Zealand Rally Championship, but their day got off to a bad start with the electrical issues starting in the very first stage.

With the car in limp mode, Reeves lost a lot of time and after two stages was already 36 seconds off the pace.  After some minor adjustments to the car, and with eventual rally winner Hayden Paddon also suffering from mechanical problems on stage three, Reeves found himself at the top of the leader board with three of the event’s eight stages run.

The joy was short-lived, however, as the electrical problems re-surfaced in stage four and played havoc for the remainder of the rally, putting to rest any chance of a victory.  They finished the rally fifth overall and, despite not getting the result they had hoped for, were happy to be rallying in New Zealand again.

“The roads here in New Zealand are amazing,” Reeves said.  “We love competing here and are always made to feel very welcome.”

Reeves and Gelsomino were frustrated with the car’s problems and disappointed they couldn’t deliver the result they wanted for the many people who have supported them.  It was the financial support of many individuals and small businesses that enabled them to compete in the event and a podium finish would have been a great way to thank them.