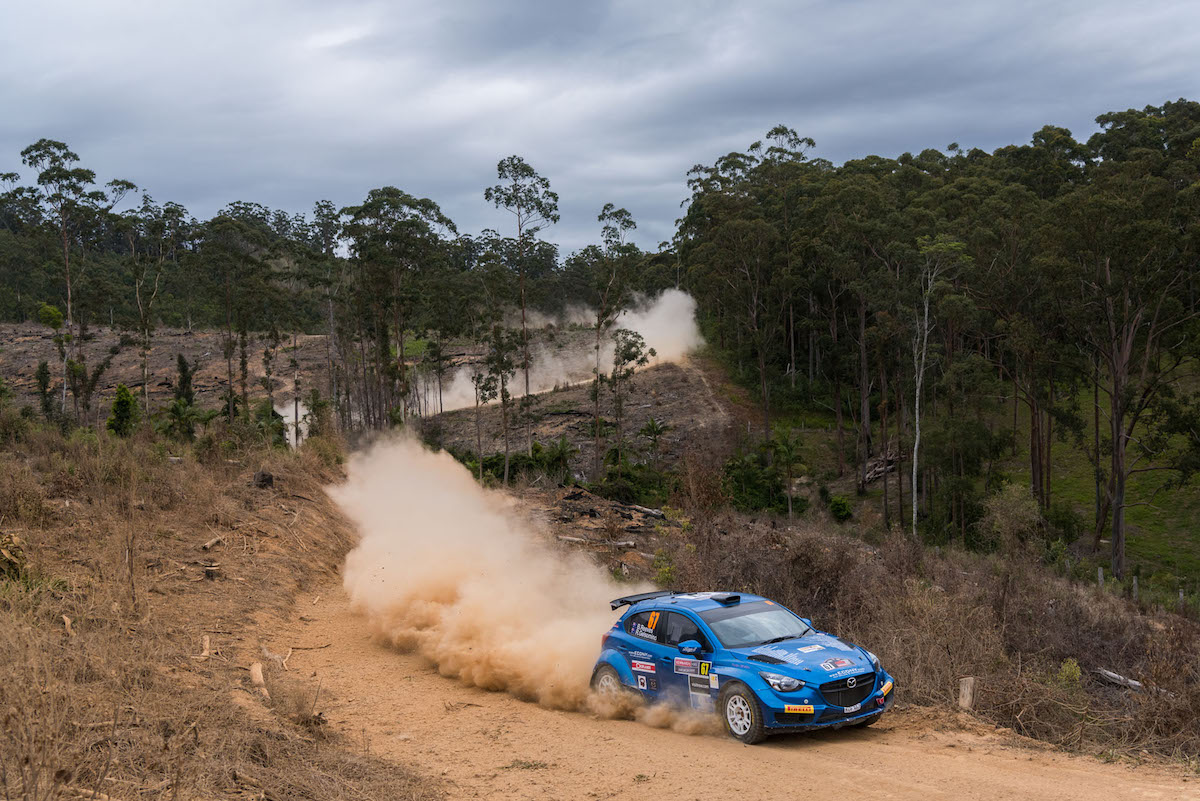 The Word Rally Championship (WRC) Rally Australia was held over November 16th to 19th around Coffs Coast in Northern NSW where Brendan Reeves and Rhianon Gelsomino competed behind the wheel of New Zealand based Force Motorsport’s Mazda2 AP4. Despite having a positive start on the first day they were forced to retire after a crash on the second.

The Mazda 2 AP4 is a rally car especially recognized in the Asia-Pacific Region that has received certification by New Zealand’s ASN. Mounted with a 1.6 liter directly injection turbo engine that generates 275hp, the machine is also all-wheel drive and equipped with a 6-gear SADEV gearbox, AP Racing Brake System, expanded over-fenders, along with a host of other modifications.

The rally started with three forest stages, covering a distance of 55 kilometres, before a mid-day service. The same three stages were then repeated in the afternoon, followed by two runs of the scenic Super Special Stage alongside Coffs Harbour jetty.

Reeves finished the first day as the highest placed Australian and in 13th place overall, hot on the heels of the works WRC cars. He drove solidly in the first of the day’s stages and built his lead throughout the day to take the lead in the ASN class for leg 1. This put him at just over two minutes ahead of his nearest ASN class rival, Nathan Quinn (Mitsubishi Lancer Evo IX). Although he had been hoping for a close battle with Eli Evans (Mini Cooper AP4) and Harry Bates (Toyota Yaris AP4), both were forced to retire with mechanical issues. However, the Mazda 2 ran faultlessly and Reeves was happy with its set up and handling.

Saturday’s leg 2 consisted of six stages covering around 135 kilometres south of Coffs Harbour, and then two more runs of the Super Special Stage at Coffs Harbour jetty. Sitting in 13th place overall and as the leading Australian in the rally, Reeves was looking forward to the day’s stages, particularly the 50-kilometre long Nambucca stage which he has really enjoyed in previous years. “The Nambucca stage is one of my favourites,” he said.  “It is a bit rough in the middle section so I’ll need to take a bit more care in there, but for the rest of the stage – and the day – I’ll be giving it my all.”

Heavy rain early on made road conditions tricky but Reeves started the day’s first stage, the 48-kilometre ‘Nambucca’, with plenty of speed. However, about 31 kilometres in, heading downhill on a tricky section of the stage, he ran too fast into a right-hand corner and slid wide, clipping a stump which caused the car to roll. Neither Reeves or Gelsomino were injured in the roll but the pair would be unable to continue in the rally without repairs to the car. As they didn’t have the spare parts required to fix the car they would not re-start the event on leg three.

Reeves was devastated that he was unable to finish the event after all the hard work that had gone into reaching the rally.  He was particularly disappointed for the supporters that got behind he and Gelsomino for Rally Australia. Although disappointed with his retirement from the event, Reeves was happy with the stage times he set on day one and will take this as a positive as he plans ahead for 2018.