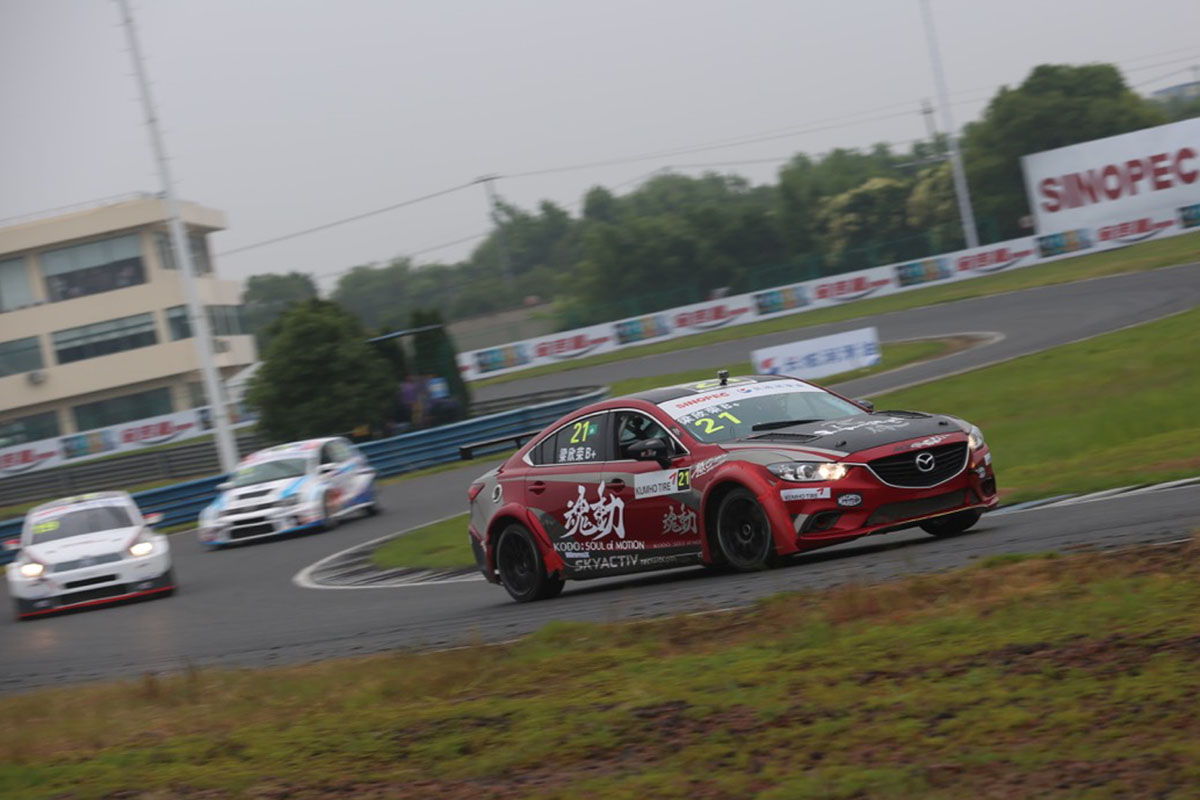 The Beijing Luisu Racing Team is a club team that runs a racing school in China’s capital, Beijing, and sends aspiring young racers to the circuits in order to help out. As they only began competing in the CTCC series this year, as far as entrants go, it can be said that they are a relatively young, late entry. For the Super Production Class’s Super Cup, the team has entered a 2-liter engine mounted Mazda 6, while in the Production class, which only allows limited modifications, they are competing with two Mazda 3s (with 1.6 liter engines). The Shanghai Tianma Circuit is a difficult, compact 2.063km course that is relatively narrow and has few overtaking locations.

The Beijing Luisu Racing Team had an extremely busy race weekend in round 2, held at the Shanghai F1 Circuit two weeks ago, after facing a number of technical issues. In response to this, following the race, they rebuilt their machines from the ground up and went into round 3 at Tianma having performed numerous tests at their local circuit. In official qualifying, held on the 20th, the Mazda 6 placed 7th out of 9 competitors. Though they are still a little behind the rest of the pack in terms of performance, they displayed a solid drive. As for the two Production-spec Mazda 3s, however, as they are still in the midst of development, in exchange for receiving special certification for parts they had selected, their qualifying results were nullified and they were to start the race from the tail end. On race day, the team’s ace, Sun Jon, started from 30th and early in the game shot passed as many as 18 rivals to enliven the Mazda supporters in the stands. Unfortunately, however, he made contact with another vehicle in the middle stages of the race and was forced to retire. On top of this, his fellow compatriot in the #21 also crashed out. On the other had, in the Super Cup Race, the Mazda 6 showed a well-fought drive and achieved a respectable 5th place finish. Considering the fact that the majority of their rivals are sporting 2-liter turbo engines and their machine is the only 2-liter NA engine amongst the entire group, this result is quite a feat in itself. Having only just started competing this year, Beijing Luisu is sure to improve on the performance of their machines, strengthen the skill of their team and build up their racing capabilities.